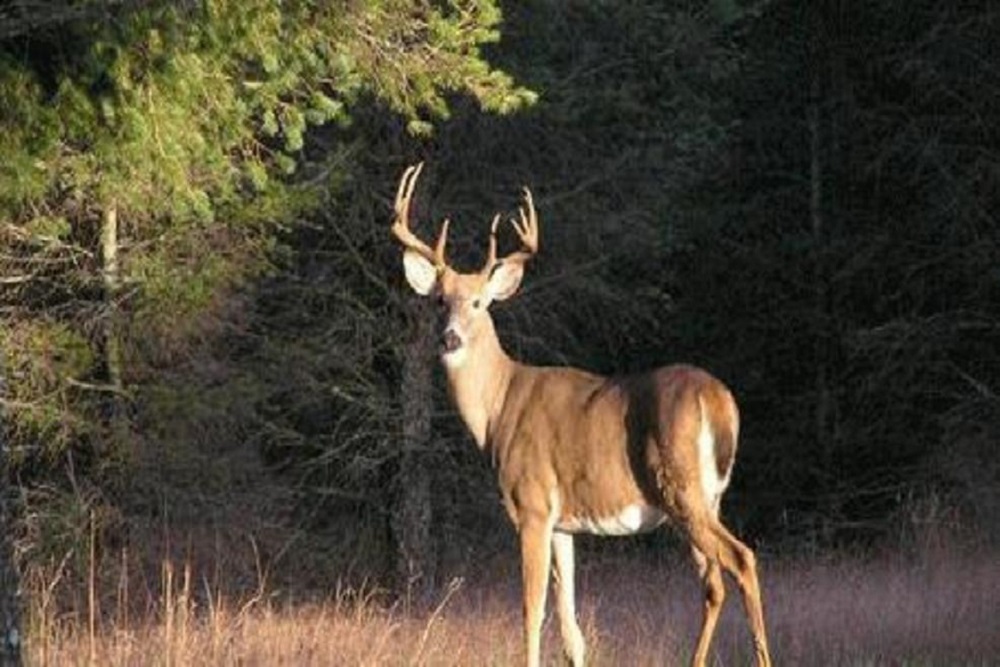 The Illinois Department of Natural Resources has received reports of 55 suspected cases of Epizootic Hemorrhagic Disease (EHD) in white-tailed deer so far in 2018, with EHD appearing at low to moderate levels in counties on or near the Illinois River including Fulton, McDonough, Peoria and Putnam. Scattered suspected EHD cases have also been reported in the central and southern Illinois counties of Alexander, Macon, Madison, Marion, Monroe, Perry, Pope, Randolph, Richland, Union, Wabash, Wayne, and Williamson. In all, reports have come from 17 counties (see map attached).

The IDNR continues to ask landowners, hunters, and concerned citizens to be on the lookout for dead or dying deer, and to report suspected EHD cases to their local IDNR field office, or to the Wildlife Disease and Invasive Species Program (WDIS). IDNR is especially interested in sick or recently dead animals as staff may attempt to collect tissue samples in order to confirm the presence of the EHD virus.

Contact the WDIS Program at 815-369-2414 or by email at doug.dufford@illinois.gov. Please provide your name and contact information, as well as the county, number of dead/sick deer, sex of the deer (if known), age (fawn or adult), and the specific location of the deer (distance/direction from the nearest town or intersection of two roads).

Epizootic Hemorrhagic Disease (EHD) is a viral disease of white-tailed deer that can cause localized die-offs when conditions are favorable for transmission. Infected animals develop a high fever, and dead animals often are found near water sources. Hunters may encounter deer killed by EHD when they go into the woods during the upcoming deer hunting seasons. EHD outbreaks typically end when freezing weather kills the insects that spread the virus. While often fatal to deer, EHD is not hazardous to humans or pets. EHD has been shown to affect livestock, so producers are encouraged to be vigilant.

The virus is transmitted between deer by a midge that hatches from muddy areas along lakes/ponds and streams/rivers. Although EHD is observed somewhere in Illinois every year, cases are more numerous during hot and dry summer weather conditions, presumably because receding water levels create these muddy areas, providing breeding sites for the midges. Limited water resources also congregate deer at remaining watering sites, creating conditions favorable for disease transmission.

A map showing the distribution of EHD-suspected deer reports as of September 15 for 2018 is presented below.