The goal behind legislation introduced earlier this year to develop "inclusive curriculum" in Illinois schools to "portray the diversity of our society" isn't about all that, the director of an Illinois-based conservative family advocacy group said during a recent interview.

"The ultimate goal of this legislation is not to teach about persons who have contributed something valuable to society," David E. Smith, executive director of the Illinois Family Institute, said during a Prairie State Wire email interview. "The ultimate goal is to transfer the good feelings children and teens have about achievement to homosexuality and biological-sex rejection."

On its face, identical legislation introduced into both chambers of the Illinois General Assembly in February would require elementary and high schools in the state to teach students about the contributions of LGBTQ individuals. 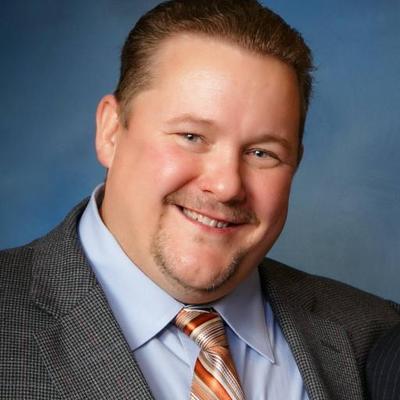 Legislators and their constituents should be skeptical about both bills, Smith said.

"There is no reason to include mention of the sexual predilections of Americans who have made significant contributions to cultural life," he said. "The assumption that homosexuality and biological-sex rejection – which, of course, is impossible – are morally neutral or good is just that, an assumption."

Senate Bill 3249, sponsored by Sen. Heather Steans (D-Chicago), and House Bill 5596, sponsored by Rep. Anna Moeller (D-Elgin), both would amend the state school code to purchase textbooks that "accurately portray the diversity of our society." That diversity would include "the role and contributions of people protected under the Illinois Human Rights Act and must be non-discriminatory as to certain characteristics under the act," the synopsis of both bills say.

"It is inappropriate for an arm of the government, i.e., public schools, to propagate as unassailable truth the arguable belief that homosexuality and biological-sex rejection are morally neutral or good, which this legislation necessarily does," Smith said. "It should go without saying that it is not the business of public school employees in their professional roles to disseminate such moral assumptions."

The text of SB3249 and HB5596 specify that the instruction in "every public elementary school and high school" be developed "to teach that LGBT individuals have a rich history and have made substantial and valuable contributions to society, including government, arts, sciences, mathematics, sports, education, and in the economic, cultural, and political development of society."

"The instruction shall teach about the rich advocacy among the LGBT community and the LGBT community's allies to be treated equally," the text continues. "Instruction shall reinforce that all people, regardless of sexual orientation, gender identity, or gender expression [i.e., cross-dressing], have a right to be treated with civil, legal and human rights, and as full human beings above all else. When possible, adults, including school district employees who openly identify as LGBT and other openly LGBT adults in the community that the school district may decide to consult with, should be involved in the development and delivery of this instruction at the discretion of the LGBT individuals."

The bills were introduced in the House and Senate on Feb. 16. SB3246 currently is in Assignments while HB5596 has been assigned to the Elementary & Secondary Education: School Curriculum & Policies Committee.

The left-leaning Equality Illinois, a group that advocates for the LGBTQ community, supports both pieces of legislation, referring to them as "inclusive curriculum" bills that would teach students "about the significant historical events and contributions by LGBTQ people."

Illinois Family Institute came out firmly against both bills shortly after they were introduced, referring to both as the "newest brazen effort to exploit public money in the service of propagandizing Illinois children."

What the legislation would require of Illinois' public schools is problematic, Smith said.

"It is especially problematic for schools to introduce the phenomena of homosexuality and biological-sex rejection to young children, many of whose parents do not want their children to know about these conditions until they are older and certainly don’t want these conditions presented positively," he said.

Smith also urged legislators in Springfield to move against the two bills.

"Lawmakers should vote against this legislation," he said. "Schools can teach about the cultural achievements of persons throughout history without sharing their controversial sexual desires and volitional acts. In fact, schools have been doing that for years."

Want to get notified whenever we write about Illinois Family Institute ?

Sign-up Next time we write about Illinois Family Institute, we'll email you a link to the story. You may edit your settings or unsubscribe at any time.