Illinois executives are raising concerns about legislation that they say could affect jobs and make permitting processes in Illinois even more burdensome.

Illinois Manufacturers' Association Chief Operating Officer Mark Denzler says the measures are nothing but costly and burdensome mandates moving through the General Assembly. 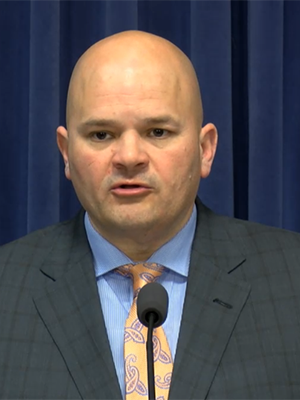 Both bills, being pushed by environmental activists, according to Denzler, would allow anyone to weigh in on permit decisions made by state agencies.

“For example, a person in California could complain that expanding Interstate 355 would add more cars to the road and increase emissions,” Denzler said.

Though it is called judicial review, Denzler said the bills specifically allow a person to enter new or additional evidence to the court.

“This is not a review,” Denzler said. "It is a second bite at the apple."

If enacted into law, the legislation would add further delays and greater cost equaling less economic development, he added.

“It will clog our court system and add years to the already extremely long permitting process," Denzler said.

The list of agencies the legislation would affect is long; and according to Bill Bodine, Illinois Farm Bureau associate director of state legislation, farmers would be the first to suffer.

Agriculture, which adds $120 billion of activity to the state's economy and supports more than 400,000 associated jobs, cannot withstand the scrutiny that SB3005 will have, he said.

“Unfortunately, these bills come at a very difficult time for farmers,” Bodine said. “In February, the USDA (United States Department of Agriculture) estimated that net farm incomes for 2018 are estimated to be at their lowest levels in the last 12 years.”

Layers of costly and unnecessary lawsuits, which have broad implications, will only challenge the industry, Bodine said, adding it could likely bring agriculture activity in Illinois to a halt.

“Any person who feels they have been aggrieved or impacted by a particular approval of a livestock farm, no matter their residency, can sue because they have a concern with that particular decision,” Bodine said, adding anticipatory nuisance lawsuits are very likely on top of the already strenuous regulatory protections placed on farmers.

“SB3005 or HB5119 would be a jobs killer,” Eichholz said. “Obtaining the necessary permits and zoning permits to add a mine in Illinois is already a cumbersome and lengthy process with extensive public input.”

“Obtaining federal funds is often a competitive process with the federal government seeking shovel-ready or near shovel-ready projects to fund,” Eichholz said. “This legislation could severely hamper Illinois to get further federal funding.”

Illinois Chamber of Commerce CEO Kelly Thompson echoed the concerns of other officials, saying the legislation would hamper economic growth in the state, specifically through excessive litigation.

“Illinois’ permitting process is currently structured to allow for public participation, including comments that go through a thorough review by respective agencies,” Thompson said of the process that can take years. “If Illinois adopts the bills into law, this would add an even more financial burden to the already overtaxed business community.”

Want to get notified whenever we write about Illinois Manufacturers' Association ?

Sign-up Next time we write about Illinois Manufacturers' Association, we'll email you a link to the story. You may edit your settings or unsubscribe at any time.