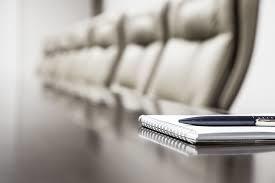 Spain said the bill he was Introducing, HB5013, during the April 24 House Personnel & Pensions Committee hearing is not a novel idea and had been suggested several years ago.

“We would create parity on the board between employer and employees, and that would leave the local boards intact for their important work with disability decisions and other issues,” Spain said.

Spain provided committee members with Peoria pension graphs showing a robust pension fund from 15 years ago that soon died out. Despite contributions from the employer side, the funding levels have dropped considerably, Spain pointed out.

“For Peoria, this issue is costing about a $1 million a year,” Spain said.

Stagnant real estate tax revenues and a significant drop in sales tax income are two factors driving pension funds down, according to Spain. Illinois Municipal League (IML) Legislative Director Joe McCoy said the league has been studying the funds since 2007 and through the development of Tier II benefits in 2013 before presenting committee members with up to five pension restructure proposals.

Rep. Jeanne Ives (R-Wheaton) described IML’s constant work on the issue to no avail as frustrating.

“I hope something comes out of all this conversation,” Ives said.

Along with McCoy’s five proposals, Ives suggested another possible solution.

“You could give employees complete control over their own retirement and get the politicians out of it,” Ives said.

Setting up self-managed plans is a holistic approach, according to Ives, who said it would offer employees flexibility to both own their own plan and transfer it after one year.

“That way we work ourselves out of this conundrum of all these unfunded liabilities in the end,” Ives said.

“Is it retirees, is it investment return, what is it?” Reick asked.

It is a combination , according to Spain, who said the limitations local funds face with investment opportunities is also an issue.

Devaney said the AFFI, which represents 15,000 firefighters and paramedics in 224 locals across the state, is very concerned about the proposals McCoy presented that would require police and fire pension boards to forfeit their assets to an outside entity, including the Illinois State Board of Investments and the Illinois Municipal Retirement Fund.

“We strongly oppose any attempts to seize the almost $6 billion dollars is assets that are currently being managed by our local boards to be controlled by the state or local government employers,” Devaney said.

However, Devaney said AFFI is open to discussing a level playing field with permissible investments to help maximize investment returns to pay the benefits promised to Illinois first responders.

At the end of the  meeting, Rep. Thomas Morrison (R-Palantine) spoke to panel of Eureka Police Department members, questioning the cost of the local board to sustain the pension funds that require actuarial studies and training.

“If there was consolidation there would be considerably less work,” Morrison said.