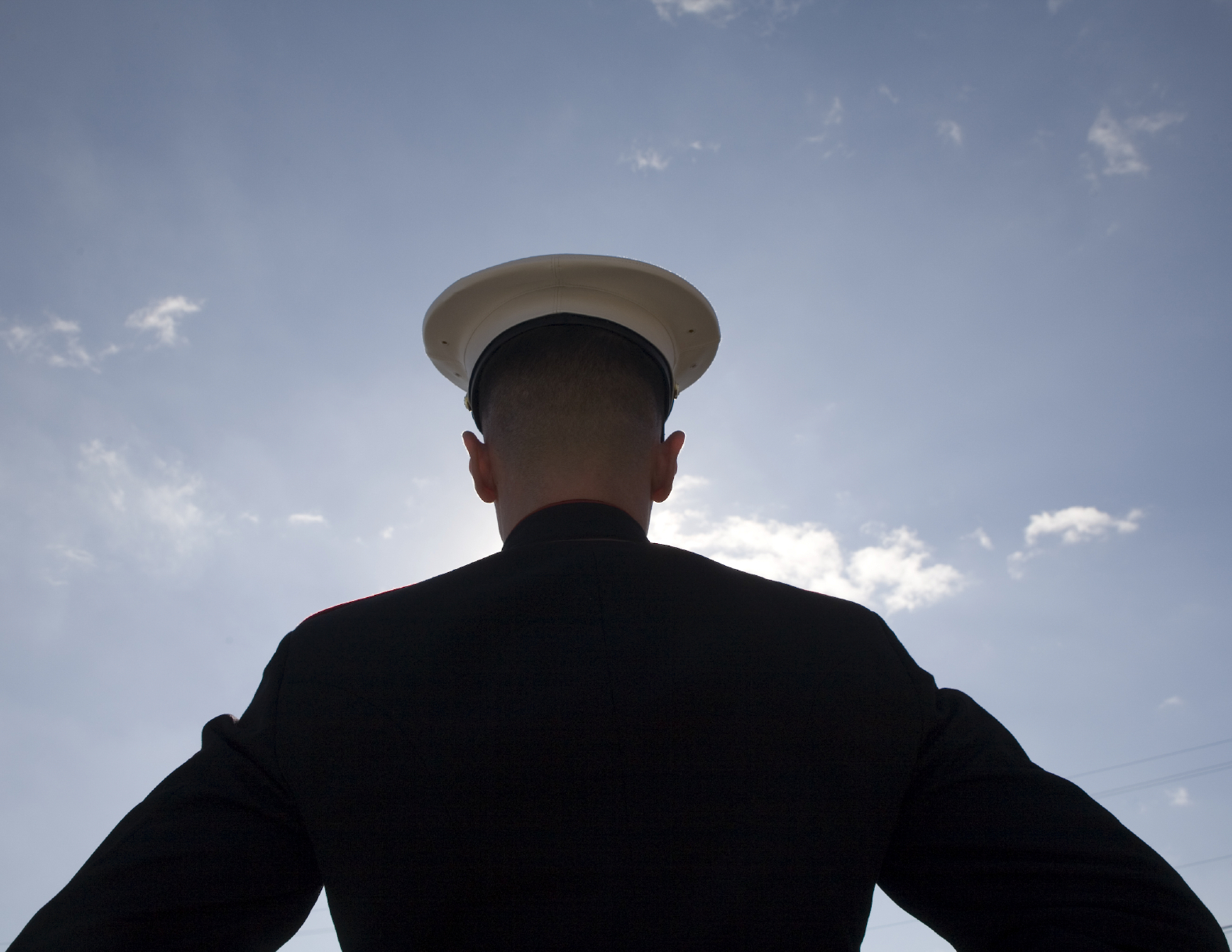 America remains the land of the free and the home of the brave because of a soldier’s final sacrifice of life, according to Brown, adding Memorial Day is 24 hours that should be dedicated to fallen soldiers.

“Today we want to honor the families who have lost a father, mother, brother, sister, a son and a daughter,” Brown said.

A former Marine and Navy officer, Schimpf shared how he spent part of his life on active duty.

“I was a lieutenant colonel stationed at the Pentagon when I experienced what was simultaneously the greatest day and worst day of the 24 years of my military service,” Schimpf said.

It was an afternoon in August 2011 when he served as the Marine commandant at a transfer ceremony at the Dover Air Force Base in Delaware.

“You see whenever our fallen our brought home from overseas, we meet them on the runway and render them appropriate honors as the casket is brought off of the plane,” Schimpf said.

The duty of profound sadness is also the greatest privilege, according to the senator. After the transfer ceremony, Schimpf spoke to the family of fallen soldier Sgt. Leon Lucas. He said what he told them then and what he was saying on May 24 was inadequate.

“The reality is the greatest speakers in our nation’s history have recognized that words simply fail us on Memorial Day,” Schimpf said.

He went on to quote Ronald Regan.

“I have no illusion I can add now to the silent testimony of those who gave their lives willingly for their country,” Schimpf said.

Brady detailed the importance of the event after thanking Schimpf, Sens. Tom Rooney (R-Rolling Meadows) and Jason Barickman (R-Bloomington) for their service to the country.

“It is so important that we recognize this Memorial Day and those who have served to protect our freedoms,” Brady said.

Introducing Rauner, Brady said he is not only proud to call the leader 'governor,' but also honored to note he is a proven advocate for veterans.

“He has invested his time and energy, not only in our veterans but in our armed services and in recognizing family members who have given so much to our freedom,” Brady said.

Rauner said the memorial wall in the Capitol rotunda rightfully honors the fallen.

“We encourage everyone in the state of Illinois to stop by the capitol, to sign a note, put a picture or to pin a letter honoring your loved ones and heroes who have defended our freedom for the past 200 years,” the governor said.

He thanked the Republican Caucus for establishing the longtime tradition.

“This is part of our process to remember, honor and pay respect,” Rauner said.