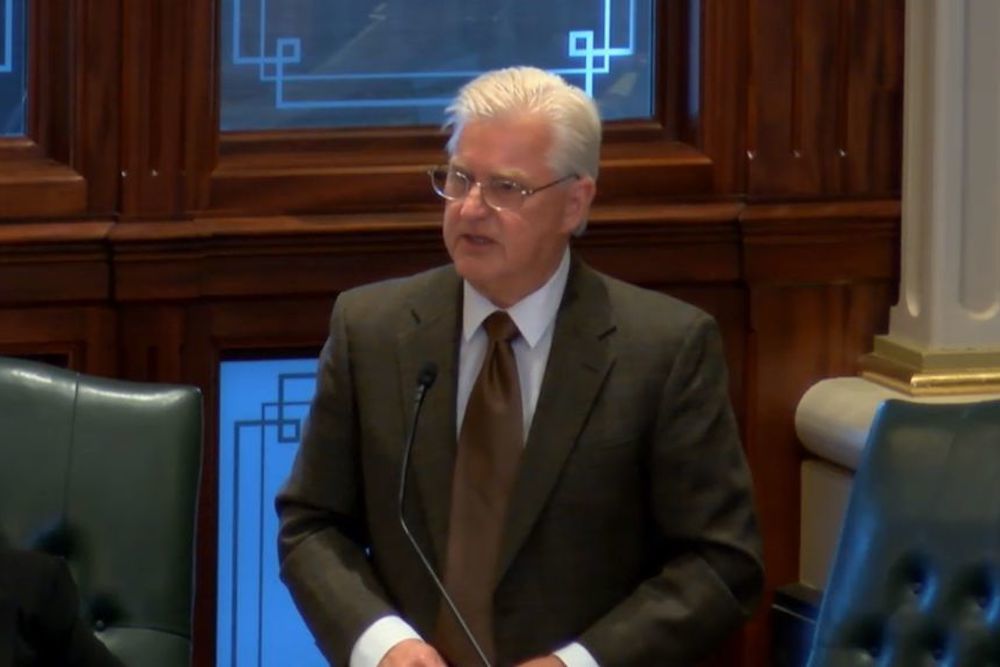 A bill vetoed by Gov. Bruce Rauner will be going back to his desk.

Since passing the Senate 39-15 on May 16, SB 193 is one step closer to returning to Rauner's office. The bill is sponsored by Rep. Jay Hoffman (D-Swansea). It would create the Worker Protection Unit and the Worker Protection Task Force within the Office of the Illinois Attorney General, which would ensure that laws concerning prevailing wages, classification, minimum wage, the Day and Temporary Labor Services Act and the Wage Payment Collection Act are not violated.

“I ask for a veto override,” Hoffman said during the May 29 House floor debate.

The bill, according to Reps. Jeanne Ives (R-Wheaton) and Peter Breen (R-Lombard), is simply a combination of Democrats' frustration and blatant partisan power-grabbing.

“This bill is nothing more than the union harassment squad imbedding themselves in the AG’s office,” Ives said. "That’s all it is."

Furthermore, to give the power to the office of the attorney general, who can’t even go after public corruption correctly, is absurd, Ives added.

“It’s outrageous that you would use the taxpayers’ money against the taxpayer[s] and fund something like this,” she said.

Without any check on the authority of the attorney general, Breen said the bill would give the attorney general's office the ability to demand that any private business open its books based on the office's belief or slight inclination that someone might have violated an employment law.

“This is a grave violation of our separation of powers and our due process,” Breen said, adding that the bill, as seen on the federal level, can allow political abuse against business. “There is nothing... stopping this measure from allowing the same thing to happen here.”

“If we keep going down this route they way we keep doing down here in Illinois, we are not going to need the Department of Labor because they won’t have a job,” Phillips said.

It’s amazing how so few can affect so many lives, according to Phillips, who said that if lawmakers could simply get out of the way, businesses could work together.

“The rank and file of these people want to work," Phillips concluded as his GOP appears gave him an applause. "They want a place to show up, that’s all they want.”

The bill, according to Rep. Keith Wheeler (R-Oswego), is upside down in terms of building a better business environment.

“This is a huge leap in the wrong direction,” Wheeler said, adding that his thoughts have not changed since the last time the bill was before him. “This is really terrible bill for small business.”

Rep. Grant Wehrli (R-Naperville) yielded his time to Rep. Margo McDermed (R-Mokena), who said that unlike the Democrats’ opinion that workers will be better off if the bill passes, the legislation is nothing more than a political ploy because the attorney general’s office can’t even perform its own tasks.

Despite the GOP’s fight against the bill, SB 193 passed 67-49, with its fate once again riding on Rauner’s signature.