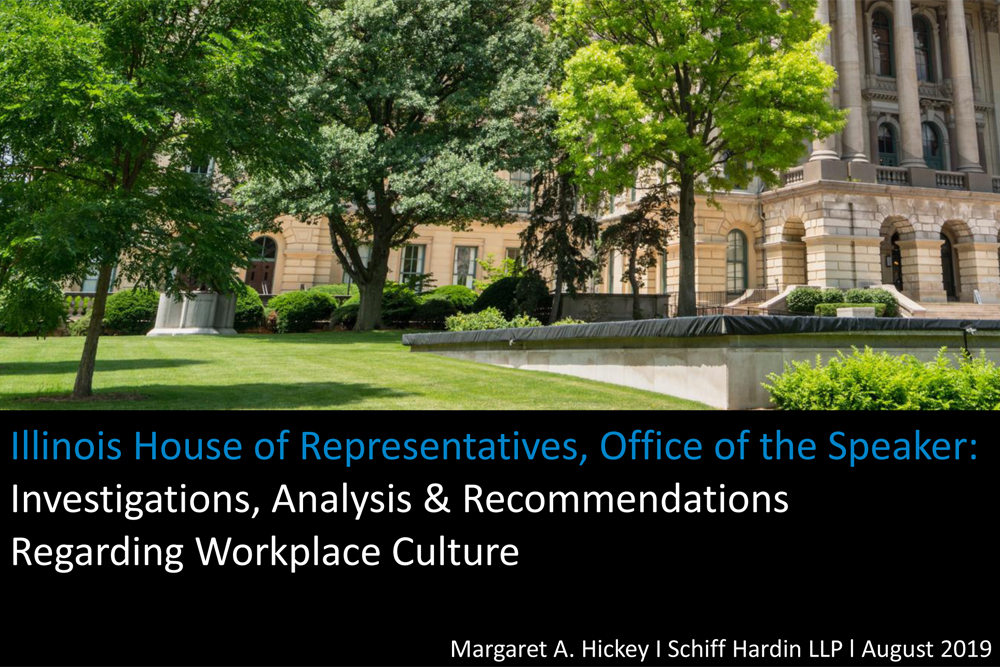 The Democratic machine headed by longtime House Speaker Mike Madigan seemingly has always operated by its own rules.

A new 200-plus page report written by former state Inspector General Maggie Hickey based on a year’s worth of interviews concludes that often times Madigan's office has relied on any means and tactics deemed necessary to get the job done.

Several associates once close to Madigan, or at least within the upper ranks of his organization, are assailed in the report for harassment, abuse and seemingly everything in between.

Former chief of staff Tim Mapes, who manned the top spot in Madigan’s empire for nearly three decades, is accused of  using “fear” as motivation while wielding the threat that he could “make or break” careers like a blunt instrument.

Mapes, who had a had reputation for getting things done, also was thought to have called prospective employers and discouraging them from associating with those of whom he had had washed his hands. Mapes' reign of power finally ended when he was forced out last year after Sherri Garret, another longtime member of Madigan’s inner circle, went public with allegations of harassment.

In the wake of the report’s public release, Mapes defended himself in a statement, insisting that “recent criticisms made against me do not truly appreciate the size of the responsibility of my position.”

But there’s no denying a pattern of abuse seems to have been commonplace throughout the organization.

The run of Kevin Quinn, who worked his way up the ranks of the organization over a 20-year career, ended last year when was accused of “inappropriate conduct” toward fellow staffer Alaina Hampton, whom alleged she was sexually harassed by the brother of Chicago Alderman Marty Quinn.

Quinn’s connections explain why some argue that the link to the Madigan empire was never fully cut off for him, as evidenced by a recent Chicago Tribune report that a group of loyal Madigan heavyweights wrote checks to him topping  $10,000 in the days following his Mapes' ouster.

Although Hickey was unable to substantiate the allegations former state Rep. Lou Lang of Skokie, who also served as Madigan’s longtime deputy majority leader, faced similar claims of sexual harassment and bullying made by former medical marijuana advocate Maryann Loncar, who subsequently declined to take part in the investigation.

State Rep. Bob Rita, another top Madigan House ally, also has a history of alleged abuse that comes from claims he once beat a former girlfriend.

As the still-mounting controversy has played out in a MeToo era, Madigan has been sure to say all the right things.

“I take responsibility for not doing enough previously to prevent issues in my office, and continue to believe that we, collectively, need to do more in the capitol to improve our workplace culture and protect the women and men who work here who want to make a difference in the world,” he said in a statement.

Want to get notified whenever we write about Chicago Sun-Times ?

Sign-up Next time we write about Chicago Sun-Times, we'll email you a link to the story. You may edit your settings or unsubscribe at any time.