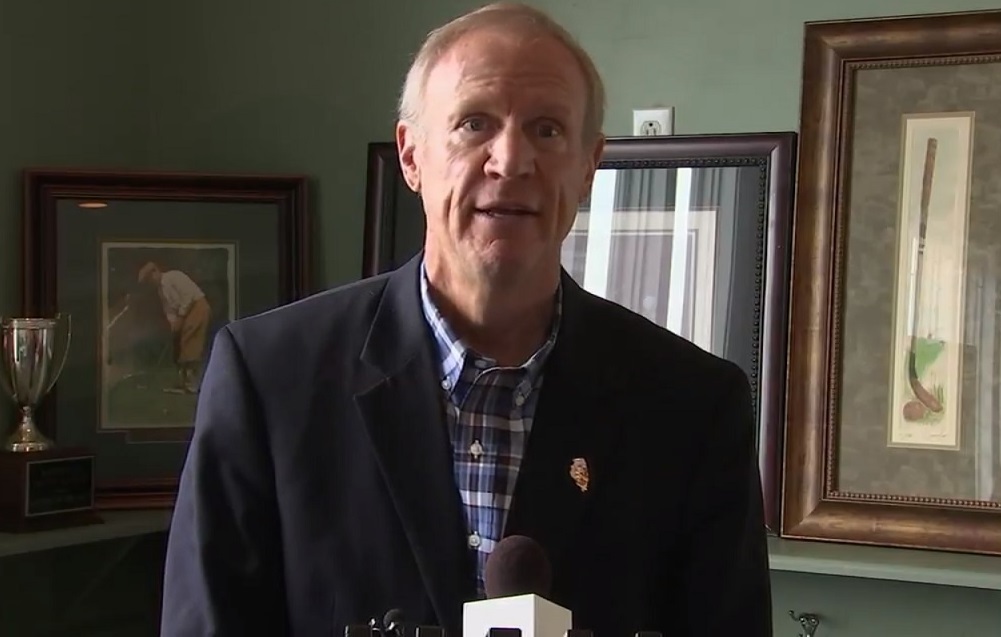 Gov. Bruce Rauner’s office has lost or terminated 21 staffers in the wake of the passage of a contentious budget plan and an unpopular tax hike on July 6, which many saw as a major political defeat for Rauner and many GOP lawmakers.

The shake-up has been described as a refocus of the Republican brand as Rauner gets ready for the 2018 gubernatorial election.

Rep. Steven Andersson (R-Geneva) was asked to step down as House floor leader by House Minority Leader Jim Durkin (R- Western Springs) after he broke ranks with the GOP and voted for the budget and a 32 percent tax hike. Andersson’s termination came shortly after Senate Minority Leader Christine Radogno (R-Lemont) resigned on July 1. She was replaced in that leadership position by Sen. Bill Brady (R-Bloomington).

Rauner soon followed suit in the wake of the budget battle, naming Kristina Rasmussen to replace Rich Goldberg as chief of staff. Rauner described Rasmussen as a new vital asset for his administration.

“My vision has always been for an Illinois that is prosperous and compassionate, with a state government that serves the people rather than the other way around," Rauner said. "That’s Kristina’s vision, too, and that’s why I have appointed her my next chief of staff."

Rasmussen was the former president and chief operating officer of the Illinois Policy Institute. Her appointment precipitated a cascade of terminations and resignations in Rauner’s office. It also ushered in the hiring of many of her co-workers at the institute.

On July 11, Rasmussen brought in Michael Lucci, the institute's vice president of policy, as Rauner’s new deputy chief of staff. Laurel Patrick, who worked for Wisconsin Republican Gov. Scott Walker and the Franklin Center for Government in Washington, joins the communications team; and Jean Hutton, the institute's director of operations, will become special assistant to Rasmussen.

“I grew up in Illinois and I love this state – so I am very personally excited to be in this role and to work together,” Patrick said in a memo to the press.

Rauner also announced that Matthew Besler, president of the Illinois Opportunity Project, has been appointed chief strategic adviser to Citizens for Rauner Inc. Besler will be responsible for coordinating Rauner’s campaign with the Illinois Republican Party, the Republican State Senate Campaign Committee and the House Republican Organization.

"The work we've done on policy and political advocacy over the past three election cycles and the progress we've made in that time must culminate with Gov. Rauner's re-election in 2018 and an end to Speaker (Michael) Madigan's reign in the House," Besler said in a press release. "I've enjoyed a great working relationship with both the House and Senate GOP caucuses and their staffs. I look forward to that continuing in furtherance of the electoral goals we share for the 2018 cycle."

As Rauner’s office welcomed the new personnel, many of his old guard resigned or were terminated.

A vital asset to Rauner’s administration, Mike Zolnierowicz, left on July 13 after serving as deputy campaign manager for Rauner’s gubernatorial run and transition director as well as chief of staff until 2016. He will begin work for Xpress Professional Services Inc.. Besler's role as chief strategic adviser to Citizens for Rauner was originally meant for Zolnierowicz.

The governor’s body man, or personal assistant, Kyle Haevers was told his services were no longer needed, although he might be reassigned. Ben Tracy was brought in to replace Haevers but didn’t last more than a day. He was almost immediately terminated for some controversial tweets.

Kathy Lydon, who runs the state’s Washington office, has also left, taking her deputy with her.

The massive departure by some of Rauner’s most vital personnel has raised many flags, but Patrick, the new communications director, downplayed them.

“Gov. Rauner was elected to build an Illinois that is more prosperous and compassionate and this is what he's focused on,” Patrick said. “His office will continue to review operations and identify ways to ensure state government is working for the people.”