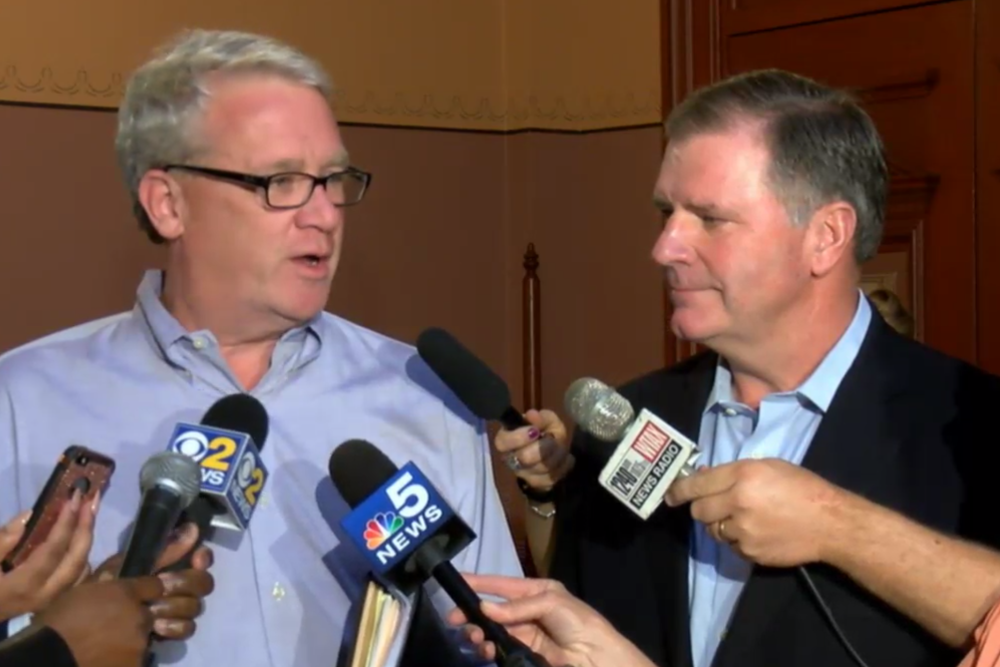 Illinois Republican leaders expressed optimistim Sunday about the outcome of education funding as they continued discussions before a vote expected on Monday.

“The four of us talked through this last week at length,” Durkin said. “There's a lot of issues here that are tough, but at the end of the day, every school, every family and every child is going to benefit from this. We’re going to work with the leaders just to tie up some loose ends, and we want to get to a vote tomorrow.”

The vote on Senate Bill 1 has been a long time coming and caused a rift in the General Assembly. Passed in May, the education reform measure sat in the Senate chambers until Gov. Bruce Rauner enacted a special legislative session in July to prompt lawmakers to send the bill to his desk. Cullerton finally obliged and moved it on the last day of the session, July 31.

The Senate voted to override Rauner’s veto on Aug. 13 and moved the measure to the House, which has yet to vote on it. Most reports have indicated a veto override is unlikely in the House.

Republicans lawmakers have called SB1 a partisan bill that broke good faith negotiations, arguing that the last-minute additions to the bill are a Chicago bailout. Meanwhile, Democrats accused Republicans and Rauner of ignoring Chicago Public Schools and pushing their conservative agenda.

When asked if there had been any pushback from his caucus on the bill, Durkin said SB1 is like any other important piece of legislation.

“This is no different than anything that I’ve experienced before,” he said.

Durkin asserted that Rauner is “100 percent behind” the current progress.

Brady vowed that Rauner will accept SB1 with the changes and compromises discussed in the negotiations.

Durkin affirmed that his caucus is ready to vote on the measure.

Neither Republican leader expressed concerns about the negotiations falling apart. All four leaders are expected to meet on Monday for a final round of discussions before the House convenes.

Brady concluded that the bill will fund Illinois schools in a dramatically new way.

"It’s historic," he said. "It’s a package that increases the level of funding for every school district in the state. This is a positive step."

Want to get notified whenever we write about Illinois Representative Jim Durkin (R-82nd) ?

Sign-up Next time we write about Illinois Representative Jim Durkin (R-82nd), we'll email you a link to the story. You may edit your settings or unsubscribe at any time.