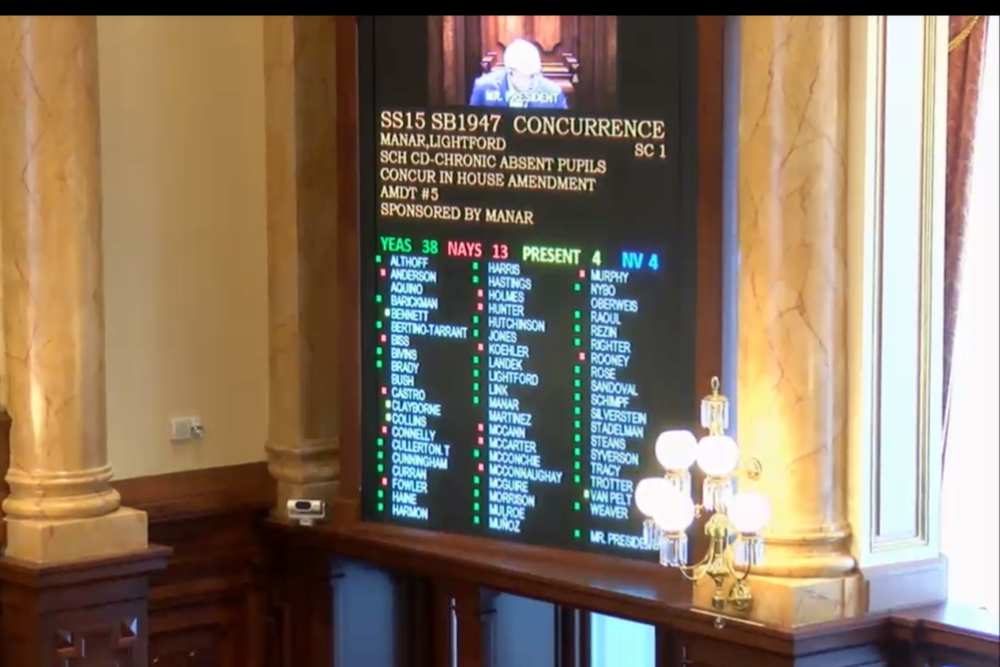 In a historic vote, the Illinois Senate set aside party politics on Tuesday and passed Senate Bill 1947, an education funding bill that changes the way the state sends money to public schools. 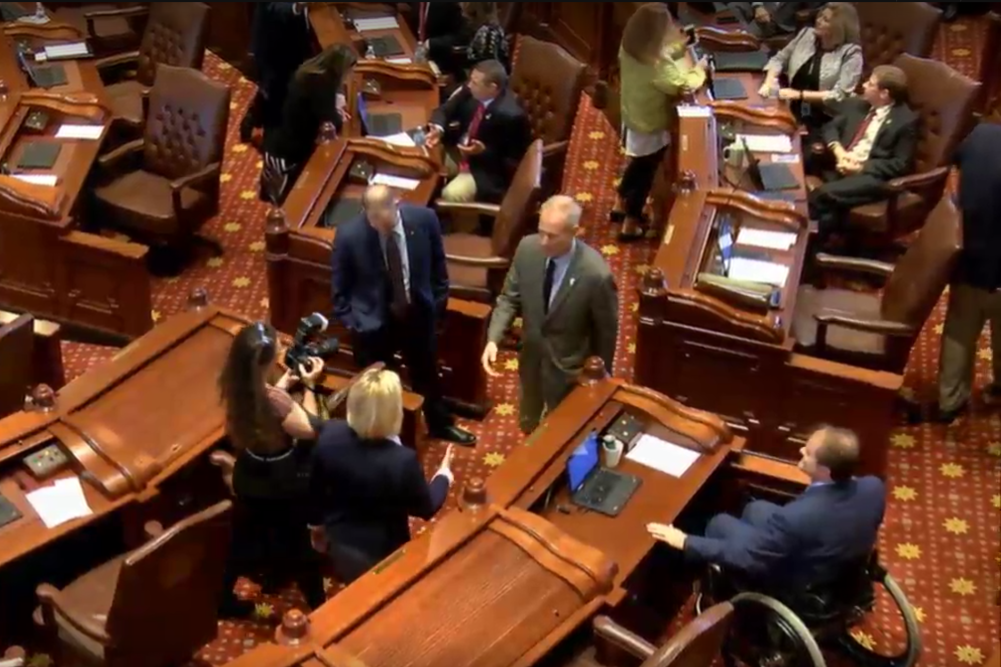 Gov. Bruce Rauner walks on the Senate floor after passage of SB1947.

SB1947 is a compromise aimed at funding schools across the state via an evidence-based model.

“I just want to begin with my thanks to many people who are in this chamber, the gallery and countless people around the state who weighed in on this debate and through their combined efforts have helped us to get where we are at,” Sen. Jason Barickman (R-Bloomington) said.

Barickman, a co-sponsor of the bill with Sen. Andy Manar (D-Bunker Hill), said the evidence-based model will provide far more stable and fair funding for schools throughout the state.

“By considering the optimal learning environment for our school children, we are now able put forward a funding model that encourages behaviors in the classrooms without mandating it,” Barickman said. “We give school districts flexibility to make decisions locally based on their student population. We restore confidence in taxpayers that they no longer are being asked to contribute to an ineffective and inefficient school funding system. We create transparency so that lawmakers and taxpayers can see their money at work. We remove the arbitrary nature of funding schools and watch the dollars flow to the school districts that need them the most.”

Sen. Kimberly Lightford (D-Chicago) praised the bill as what compromise looks like.

“This is it,” Lightford said. “A bill that none of us like at 100 percent. This is what we needed to do in order to fix a flawed system that we became recognized for across this country,"

Newly elected Senate Minority Leader Brady shared similar sentiments, asserting that while not everyone got what they wanted, the bill is what the students need.

“We differ on what we want, but I think it is good to focus on the fact that what we need is in this bill,” Brady said. “Every school district will get more money than last year. The people of Illinois will get an opportunity for property tax relief. Students will get an opportunity to go to schools they couldn’t go to before. I think we’ve accomplished a lot.”

Although the bill is touted as a compromise, many Democrats opposed a provision to give $75 million in tax credits to donors to a scholarship program for low-income students. They argued that that provision wasn't clear and would provide more tax breaks for the rich and invite corruption.

Sen. Dale Righter (R-Mattoon) rejected the complaints, arguing that the program provides children in poorer families with an opportunity to go to schools they might not have otherwise.

“We are going to provide some limited avenue for kids who are trapped in failing schools … what is not right about that?" he said. "All of us stand up and make speeches about education and helping poor families excessively on this floor. That is exactly what this bill and this program offers.”

Having passed both chambers, the bill will now be sent to Rauner to be signed into law.

Want to get notified whenever we write about Illinois State Senator William E. Brady ?

Sign-up Next time we write about Illinois State Senator William E. Brady, we'll email you a link to the story. You may edit your settings or unsubscribe at any time.