Government workers using an official vehicle for personal business can longer hide behind the obscurity of a government license plate thanks to Govplates.com.

The website allows anyone to enter a government plate spotted where it shouldn’t be – say at a bar or sporting event – and find out who has the authority to drive that vehicle.

The site now covers local and state government vehicles in Illinois and Indiana. The brainchild behind it, Kirk Allen, who with John Kraft founded the Edgar County Watchdogs (ECW),- says plans are in the works to expand the project nationwide under American Watchdogs Inc. 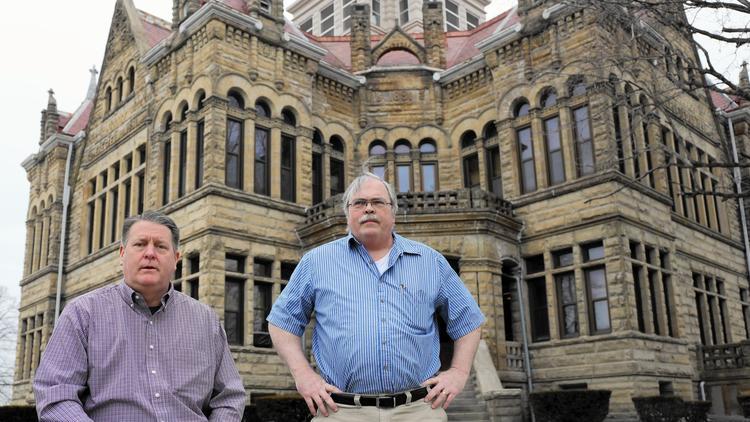 Allen said he got the idea after attending local government meetings and then spotting official vehicles at drinking establishments.

“The meetings are always in the evening and end about 9 or 10 at night,” he said. “I would drive away and see government vehicles in Moose lodges, other clubs and bars, and I knew they weren’t there on official business.”

Illinois law is very clear on the use of taxpayer-funded property.

Article VIII Section 1(a) of the Illinois Constitution states: “Public funds, credit and property shall only be used for public purpose.”

All states have similar restrictions.

In the past couple of years, Allen says he has “busted” 267 government officials through the ECW and Govplates.com.

In one case, a Limestone Township official in Kankakee County bought a truck with public funds and used it as his personal vehicle without proper authority.

“The dealer ended up buying the truck back,” Allen said.

In another incident that is garnering widespread attention, former La Salle County State’s Attorney Brian Towne was indicted recently on 17 felony counts, including having his staff conduct political activity during office hours, donating thousands of dollars in public funds to a local high school club, and paying personal expenses with money generated through a controversial asset forfeiture program.

“Additionally, the charges pertaining to the purchase of a Yukon vehicle for his personal use is not any different than what the Limestone Township highway commissioner did,” Allen wrote in a blog. “Although he tried to downplay the seriousness of his actions, it is apparent he received a major wake up call from the office of the Kankakee state’s attorney as the vehicle has been returned to the dealer.”

Allen said that government corruption at the local level is as bad or worse than at the state and national levels.