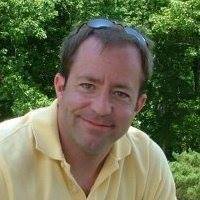 Kimme and David Walsh, Durkin’s top consigliere, are angling to replace Andrew Freiheit with Michael Mahoney, who most recently served as policy adviser to Rauner.

Freiheit, 46, of Wheaton, has worked for the Illinois House Republicans, including Durkin’s predecessors Lee Daniels and Tom Cross, for more than two decades.

Durkin named him chief of staff in September 2015.

His father, George Mahoney, is a prominent Democrat and Joliet lawyer and Cross’ current law partner.

The move has been precipitated by staff changes in Rauner’s office, where Kimme’s once unrivaled access to information on state contracts, hiring and legislation was “shut down,” sources say. That’s with the departure of aides close to her, among them former Chief of Staff Richard Goldberg, Campaign Manager Mike Zolnierowicz, Communications Director Lance Trover and Research Director Edward Murphy.

“She (Kimme) needs a new way in,” a lobbyist familiar with the situation told Prairie State Wire. “Durkin and Walsh are looking to help.”

As previously reported, sources have witnessed Kimme, who has enjoyed incredible success in her 30-month lobbying career, working out of Goldberg’s office in the governor's wing of the State Capitol.

Prairie State Wire also reported how Kimme, who worked for State Treasurer and Comptroller Judy Baar Topinka for nearly 20 years, doled out more than $40,000 in checks from Topinka’s campaign fund to future Rauner administration aides one month after her death in December 2014.

They included Murphy and Zolinerowicz’s wife, Barret Kedzior, who serves as Rauner's fundraiser.

Topinka’s son, Joseph, is suing Kimme over it. He said he wanted to use the funds to start a charity before Kimme laid claim to them.

Kimme also told the Springfield State Journal-Register that Rauner’s “Revolving Door” executive order, which would have banned state employees like Kimme from taking lobbying contracts for at least one year, doesn't apply to her. She left state government officially just before it took effect.

He would handpick a then 31-ear-old lawyer and political neophyte – Jim Durkin – to take his spot in the Illinois House.

According to their filings with the Illinois secretary of state, Tom Walsh and Kimme share some of the same clients. Both report work for AT&T and as contractors to former state legislators-turned-lobbyists Alfred Ronan and Cheryl Axley.