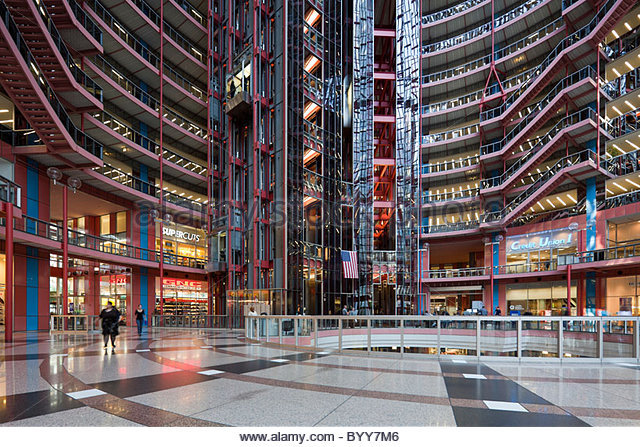 The atrium of the Thompson Center in Chicago. The Center houses offices of the Illinois state government. | Stock image

Illinois taxpayers are footing the bill for a system flawed beyond any internal solutions, a former state government insider claims.

“Here is a taste of what I saw: The Thompson Center, where I worked, is a near-perfect representation of state government," Diana Sroka Rickert wrote in a Chicago Tribune guest commentary. "It is gross, rundown and nobody cares.”

For six weeks this summer, Rickert was head of Gov. Bruce Rauner’s communications department. She said in her commentary that she resigned out of frustration, despite unfounded reports that she was dismissed.

Rickert previously worked for the Illinois Policy Institute, and was, by her own description, an outspoken and unrelenting critic of the state’s government. But she decided to accept an offer to join Rauner’s team in hopes of effecting change from the inside.

“It came down to this: If I declined the job, I’d watch Illinois’ problems go unfixed and wonder if I could have made a difference,” she wrote. “Or, I could enter the nucleus of state government and attempt to change the system from within.”

Those hopes soon faded, Rickert said, claiming she witnessed a system intractably bogged down by apathy and waste, where the few truly motivated employees were hobbled by bureaucracy.

In one instance, Rickert claims she was approached by an employee trying to solicit a $25,000 raise by shady means, which Rickert says she rejected.

She wrote about witnessing negligent employees simply being shuffled around rather than being dismissed or coached to do better.

"In one case, an employee who was being moved never reported to his new job — but he never showed up again to his old job, either," she wrote. "He continued receiving a paycheck for weeks, until someone realized it and attempted to claw back the money for taxpayers."

In another example, Rickert claims she noticed an office printer had jammed, only to discover it was from the sheer volume of receipts produced by an employee spending the morning using a state computer for personal online shopping.

And laptop computers that should have cost taxpayers $809 per unit ended up costing $1,543 apiece due to sloppy purchasing methods, Rickert argued.

The experience confirmed Rickert’s negative stereotypes of government employees and infrastructure and solidified her opinion that reform can come only from outside the Thompson Center, she wrote.

Numerous problems spiral out from the listless core of the state's government, Rickert wrote. As she sees it, people and businesses are fleeing Illinois, the state's pension system is wallowing, and the needy are being overlooked.

“Change is coming," Rickert wrote. "It’s palpable. The people are ready. But the change Illinois needs will not originate in the halls of the Thompson Center or in the Statehouse. The revitalization of Illinois won’t come from government at all.

"It's up to us as individuals to reform our communities and our state from the outside, because the insiders never will.”