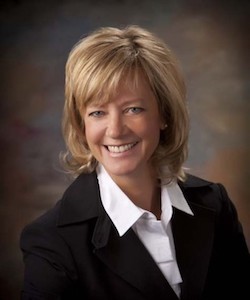 After the Nov. 28 acquittal, federal officials pointed to San Francisco’s sanctuary law that protected the shooter, Jose Ines Garcia Zarate, from being deported – for the sixth time.

“It’s a betrayal to all Republicans and to everyone in Illinois who depends on the governor as the top executive to keep us safe by enforcing the law, and that includes federal laws,” Ives told Prairie State Wire.

On Monday, Ives filed petitions with the Illinois State Board of Elections to challenge Rauner in the Republican primary.

Federal officials said that Zarate knew about and relied on San Francisco sanctuary policies to avoid being picked up and either prosecuted for earlier crimes or deported. He was charged in the fatal shooting of 32 year-old Kate Steinle as she was walking with her father on a San Francisco pier in 2015.

Fox News, in a Dec. 1 report, quoted Justice Department spokeswoman Sarah Isgur Flores as saying, “This is a person that never should have been on that pier, and Kate Steinle would still be alive.”

Ives said Illinois has its own tragic version of the Steinle case. Dennis McCann, an insurance broker, was struck and killed in 2011 while crossing Kedzie Avenue in Chicago to meet a friend for dinner. The driver, Saul Chavez, had a 0.29 blood alcohol level and was in Illinois from Mexico illegally.

“Chavez was charged with a felony and was given a $250,000 bond,” Ives said in an earlier story. “Two days after McCann was killed, federal officials filed an immigration detainer requesting that Cook County notify Immigration and Customs Enforcement if Chavez was scheduled to be released. But Chicago Democrats were playing immigration politics. The Cook County Board decided that federal detainer requests would be ignored.”

Chavez made bond and fled the country.

“We have this case right in our own back yard and he (the governor) still signed the bill into law,” Ives said. “There was no reason for him to do it. He wasn’t backed into a corner, forced to sign the bill. He and his wife have proven themselves to be social justice warriors.”

U.S. immigration officials said that they would again deport Zarate to Mexico. Meanwhile, the Justice Department is looking into bringing federal charges.