Dodge: 'If Illinois is to have the future we deserve, we must elect more Republicans'

Republican state treasurer candidate Jim Dodge thinks the answer to the question of how Illinois comes to deal with the problem of its shrinking population and rising tax burden is simple.

“If Illinois is to have the future we deserve, we must elect more Republicans,” the Orland Park Village trustee told the Prairie State Wire. “It’s that simple. To offset the damage that’s been done by Democratic leadership, up and down the ballot, we need officeholders that are fiscal conservatives who are well-grounded in reality.”

Dodge’s curt and frank assessment comes in the wake of a new Internal Revenue Service report that found the state lost more than 86,000 residents and nearly $5 billion in adjusted gross income over just a yearlong period beginning in 2015. 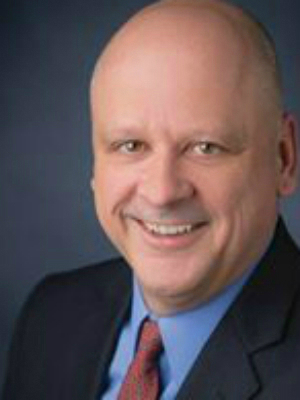 In addition to the IRS report, a recent Paul Simon Public Policy Institute survey also found that nearly 50 percent of all Illinois residents now want to leave the state, with runaway taxes being cited as their primary motivation for bolting.

Overall, the IRS data uncovered that Illinois experienced a loss of nearly 42,000 tax returns to other states over the 2015-2016 year surveyed, equating to an all-time high in lost exemptions.

Perhaps making matters even more troubling is the fact Millennials are leading the charge in fleeing the state as they seek more promising opportunities.

“The ever-increasing burden of income and property tax on families plus a hostile environment for job creators is driving people to first lose hope then pick up and leave,” Dodge, running as the Republican candidate for state treasurer, added.

“Given that climate, of course some companies won’t really consider Illinois," he said. "That limits opportunity for every one of us. All of this is a direct result of decades of Democratic leadership with their bad decisions and pension promises that can’t be kept.”

“The underlying problem is actually the state,” he said. “It has ignored its funding responsibilities for education while at the same time it won’t give real cost-control options to local government and school boards. There are lots of unfunded mandates in education and employee benefits like pensions that are largely dictated by Springfield. Those are big factors in the cost of government – otherwise known as your tax burden.”

Dodge added state lawmakers must now be willing to institute a system of disciplined structure if they hope to restore fiscal order.

“Property tax reform is an important step, but it must also come with real public pension reform,” he said. “Illinoisans do not have infinite patience to just keep forking over their money to government. We are underserved and overtaxed. Clearly, some are choosing to leave, I’m staying to be part of the fight to put Illinois back on the right track.”