Reeder: What will Neil Gorsuch do? 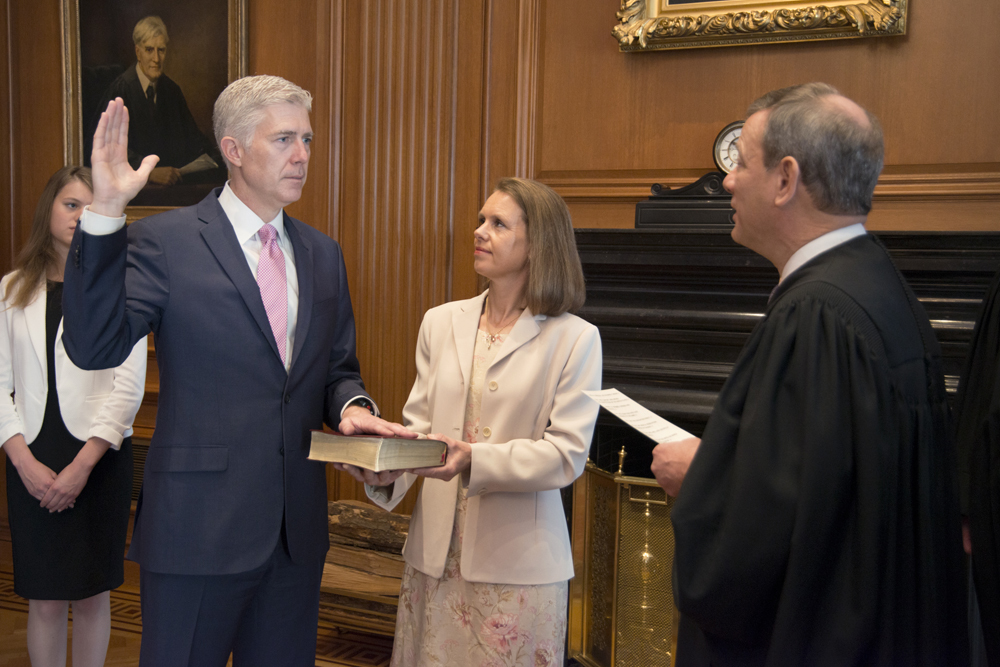 What will Neil Gorsuch do?

The Supreme Court Justice was mum Monday as the U.S. Supreme Court debated an Illinois case that will likely affect organized labor for decades to come.

The case is Janus vs. AFSCME and it originated with an Illinois state worker.

At stake is whether government workers should, as a condition of employment, be compelled to pay money to a union.

Illinois is one of 22 states that allows this to happen.

Mark Janus, a 65-year-old child support specialist, lives in Springfield and thinks this is wrong.  He filed the lawsuit that is now being considered by the high court.

But here is the bottom line: Should anyone be forced to fund political activity they don’t agree with?

Let’s say you support gun control. Would you want to have money taken out of your paycheck every week to fund the National Rifle Association?

I didn’t think so.

Now, the unions will contend that workers can opt not to pay the portion of their dues that funds political activity.

Well, that is sorta, kinda true. But not really.

Yes, workers can opt out of the portion of dues that get funneled to the political war chests of politicians supported by unions by just paying agency or “fair share” fees to the union.

But the problem is that everything involving government is political.

"Everything that is collectively bargained with the government is within the political sphere," the late Justice Antonin Scalia said during arguments in a 2016 case.

In that case which was brought by California teacher Rebecca Friedrichs identical arguments were made before the court.

Based on the questions asked by the justices, many courtroom observers believed the court would rule in her favor. And then Justice Antonin Scalia died.

The court ended up deadlocked with a four-four vote and failed to issue an opinion. Since the legal issues are the same, many legal observers believe Scalia’s replacement, Justice Neil Gorsuch, will cast the deciding vote in the Janus case.

All eyes were on the rookie justice Monday hoping to get an idea of how he might vote. He kept his cards close to his vest and didn’t say a word.

The four liberal judges on the court, bemoaned what impact a ruling in Janus’ favor might have on organized labor.

It’s a silly argument on her part. After all, organized labor exists and continues to have influence in the majority of states that do not have compulsory union fees.

But organized labor could lose influence if the high court rules in favor of Janus.

Justice Ruth Bader Ginsburg said it would be natural for union members to say “I would rather keep the money in my own pocket,” which would cut union revenues.

Ginsburg is right that it would natural reaction of most workers.

So if the high court rules in favor of Janus, unions will have to prove to each of their workers that they are worth the money,

Is that such a bad thing?

– Scott Reeder is a veteran statehouse journalist. He works as a freelance reporter in the Springfield area and produces the podcast Suspect Convictions. He can be reached at ScottReeder1965@gmail.com.

Want to get notified whenever we write about U.S. Supreme Court ?

Sign-up Next time we write about U.S. Supreme Court, we'll email you a link to the story. You may edit your settings or unsubscribe at any time.