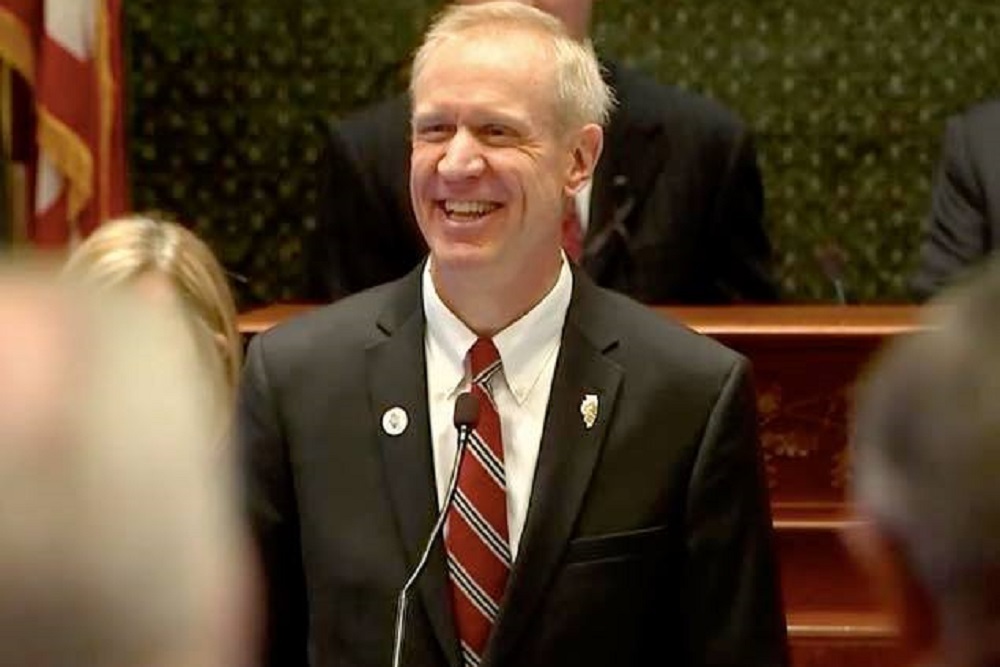 Gov. Bruce Rauner will sign legislation that licenses gun dealers in the state, but not until after the March 20 primary for fear of further alienating traditional Republican and conservative voters, state Rep. David McSweeney (R-Barrington Hills) told Prairie State Wire.

Second Amendment advocates say that legislation will do nothing more than add another layer of bureaucracy -- the dealers are already licensed and regulated on the federal level -- and force many of them to close shop.

The legislation was one of several gun-control bills debated in the General Assembly in the wake of the shooting in a Florida high school on Valentine’s Day. The others won’t reach Rauner – if they reach him at all -- until after the primary; legislators are not scheduled to return to Springfield until April 9.

“It’s no coincidence he received this bill and not the others,” McSweeney said. “It’s a trap set by (House Speaker Michael) Madigan  and Rauner is falling for it just like he’s fallen for all of Madigan’s traps, because he’s afraid of him.”

State Rep. Jeanne Ives (R-Wheaton), Rauner’s opponent in the primary, voted “no” on the legislation, and has called for Rauner not to sign it.

Rauner deflected a direct question about the legislation in an appearance with Mayor Rahm Emanuel at a ribbon-cutting for a North Side AT&T call center on March 7.

“We need to have a good conversation about how do we keep our citizens safer, how do we protect our students, our children, our families,” Rauner was quoted by the Chicago Tribune as saying. “And this should be done on a bipartisan basis. I believe we need to come together, and we can come together to do a number of things.”

The Tribune reported that during the tour Emanuel waved a letter signed by him and all 50 aldermen calling for the governor to sign the gun dealer legislation.

The mayor told reporters he had previously sent the letter to Rauner, but received no response.

“For some reason, he decided not to respond to this letter that was sent by all 50 aldermen and myself,” Emanuel was quoted as saying. “But I’m going to make sure that he not only gets the letter, but he has a responsibility to answer.”

After the ribbon-cutting ceremony, Rauner said he received no letter from Emanuel, but looked forward to working with the mayor. Rauner’s office later told the Tribune that they had received the letter.

Reporter Amanda Vinicky, who covered the ribbon-cutting event for “Chicago Tonight,” posted on her Twitter account after the event: “Rauner says he has been ‘clear’ on guns (he hasn’t though). He speaks in generalities: supports a conversation, making schools safer, banning bump sticks, more support for police. Gov has not given explicit answers on his position on bills; his conversations about them unclear.”