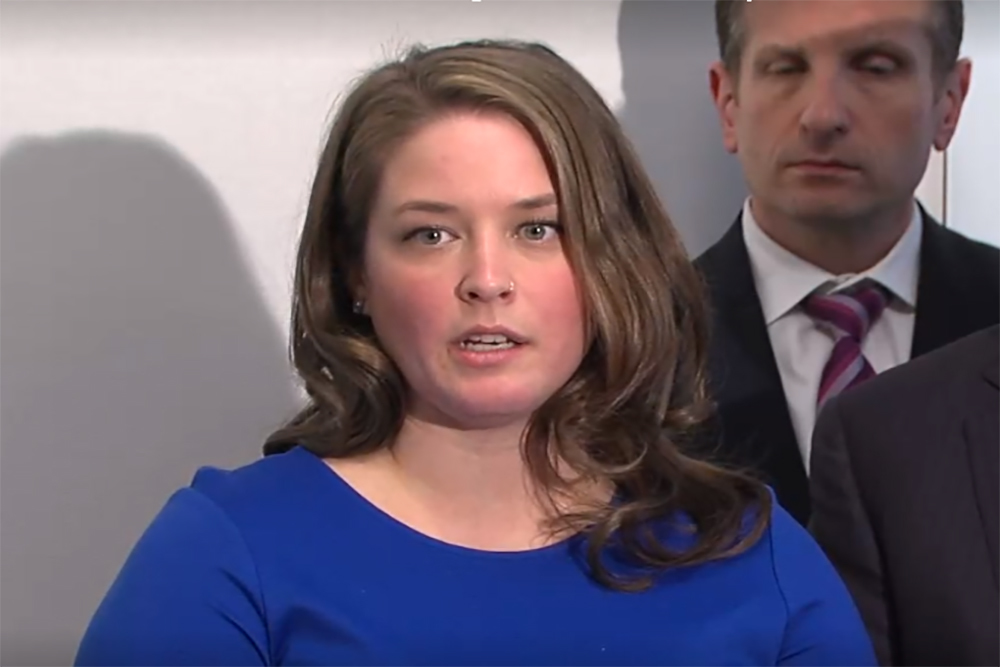 Alaina Hampton will be heard no matter what it takes.

The former campaign aide to House Speaker Michael Madigan (D-Chicago) has filed a federal lawsuit against the Democratic Party of Illinois and the Friends of Michael J. Madigan Fund accusing Madigan of ignoring her pleas for help when his top political operative Kevin Quinn made wanted sexual advances on her.

Hampton appeared with attorney Shelly Kulwin of the firm Kulwin Masciopinto & Kulwin at an impromptu press conference recently and fielded questions from reporters after announcing the suit, which seeks monetary compensation for lost business opportunities and emotional distress. The former aide said she had no choice but to file. 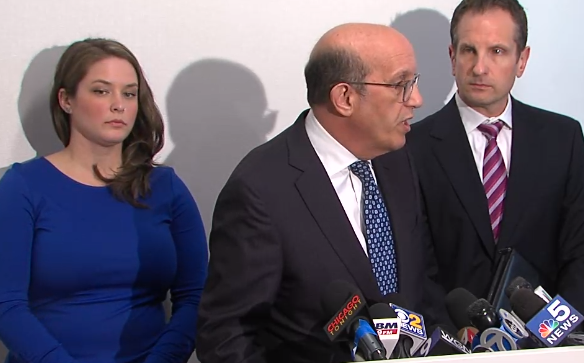 “After careful consideration, Alaina filed a federal lawsuit,” Kulwin said at the start of the 20-minute media gathering, adding the suit was not just for Hampton but for all sexual harassment victims who suffer retaliation. “Sexual harassment happens in the workplace because perpetrators are protected, and victims are punished.”

He said the suit, though personal for Hampton, is another step in showing political organizations in Illinois that time’s up.

Saying she was “unjustly punished” since speaking out to Madigan about Quinn’s harassing behavior, Hampton said not only did “defendants completely fail to respond to my reporting of that sexual harassment, they retaliated against me for it.”

“I was forced to leave a job that I love, derailing my career path," Hampton said. "My reputation was sullied, and I lost out on key job opportunities as word spread that I was persona non grata with these defendants."

Hampton said all eyes are on her, and she will take full advantage of the attention.

“They are watching closely to see how this case is handled and it is my hope by filing suit that I can create more space for women to feel that their voices can be heard,” Hampton said.

When asked about the alleged retaliation, Kulwin said there is no doubt his client was ostracized.

“She was out; she was not going to be asked to work on any more Democratic campaigns the Democratic Party was supporting,” Kulwin said. “She was their employee; she was welcome to work for them. After this, she was not. That is retaliation pure and simple.”

And it is not being fired that the federal suit will seek to prove, according to Kulwin, who said he would be looking into alleged investigations the Democratic party endeavored to “dig up dirt on her.”

“We have heard about that,” Kulwin said. “We are going to be looking at what the evidence shows and where the evidence leads us on that.”

When asked by a reporter if Hampton had to present an “overt act” to prove her case, Kulwin said his client has enough circumstantial evidence to establish the truth of the matter.

“I think that exists here, there is no question about that,” Kulwin said.

As for Hampton answering questions, Kulwin limited her response; however, Hampton was allowed to discuss her past political career and desires to work on the 5th District state representative race for Juliana Stratton, but was blackballed after outing Quinn.

“I am very passionate about that district because I spent so much time there and I wanted to make sure there was a great replacement for Juliana since she is now the lieutenant governor pick,” Hampton said.

One reporter asked Hampton why she felt she was entitled to continue to work on any campaign, which was when she stepped aside and Kulwin took back over.

“As we said in the complaint, she is a highly qualified political worker," Kulwin said. "I mean her work up to that point was exemplary. That’s why she had a paid position; and then to be asked not to work on that campaign, immediately on the heels of reporting misconduct, seems to us in our point of view to be strong circumstantial evidence.”

Want to get notified whenever we write about Illinois Democratic Party ?

Sign-up Next time we write about Illinois Democratic Party, we'll email you a link to the story. You may edit your settings or unsubscribe at any time.