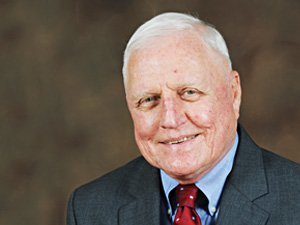 Not content with earlier poison pills in the North American Free Trade Agreement negotiations (withdrawal votes every 5 years and “voluntary” dispute settlement), the Trump administration has blundered further into populism with a union-endorsed proposal to tie NAFTA rules of origin (ROOs) provisions to wage rates in Mexico of up to $15 per hour.

(ROOs govern the percentage of content required to qualify for NAFTA tariff breaks.)

Using trade agreements to dictate increased wages and stricter labor regulations has been a goal of congressional Democrats since the 1990s.

Indeed, some years ago Jagdish Bhagwati, the dean of US trade economists, coined a label for such proposals: “export protectionism.” As Bhagwati explained to The New York Times:

"One type of protectionism is “import protection”: [where] you see competition growing from abroad, and you put up your barriers. But an alternative, if you did not want to appear to be protectionist, is to say foreign competitors don’t have “adequate standards” of all kinds. Or, as in the debate about the North American Free Trade Agreement in 1994, critics used to say, “Mexico’s democracy was not good enough.” All these are ways of saying, “This is all unfair trade, and therefore they have to raise their standards or we won’t trade with them.” The expectation of people who argue that way is that if we raise the standards, it will increase the cost of production, and accomplish the same result as high tariffs."

My AEI colleagues Michael Strain and Mark Perry have analyzed the unintended and deleterious consequences of mandated $15 minimum wages in the U.S. Just imagine how magnified these negative consequences would be in the Mexican economy where average wages are $3–$4 per hour. We also have another stark lesson from Germany, where years of economic ruin ensued when West Germany mandated equal pay for East Germany after reunification — even though East German productivity was about one-third of that of West Germany. Mexican political leaders and well-trained economists are well aware of these examples, and will see this as an up-to-date example of the “export protectionism” that Bhagwati warned about.

Whatever its social and economic problems, Mexico has emerged as a robust, free-wheeling democracy — where the presidency has changed political hands repeatedly since NAFTA was ratified in 1994. While there are imperfections in its labor markets, all of the current candidates for the presidency this year have vowed to institute labor rights reform. (This will certainly be accomplished if Andres Manuel Lopez Obrador, the current leftist frontrunner, by 18 points, is the ultimate victor.) It’s strange (indeed hypocritical) for an administration that touts the inviolability of US sovereignty to so casually seek to dictate domestic wages in another sovereign country.

Finally, on the U.S. side, President Trump seems to think he can win Democratic support for this bit of cynical populism. Republican presidents have tried this before — in 2007 the Bush administration gave in to Democratic congressional demands to “compromise” on labor rights in trade agreements. The result: the Democrats pocketed the cave-in and then refused to pass the pending free trade agreements. Be warned, Mr. President and US Trade Representative.

– Claude Barfield is Resident Scholar at the American Enterprise Institute. Barfield, a former consultant to the office of the US Trade Representative, researches international trade policy (including trade policy in China and East Asia), the World Trade Organization (WTO), intellectual property, and science and technology policy.

Want to get notified whenever we write about The New York Times ?

Sign-up Next time we write about The New York Times, we'll email you a link to the story. You may edit your settings or unsubscribe at any time.