This week in Illinois history: June 11-17 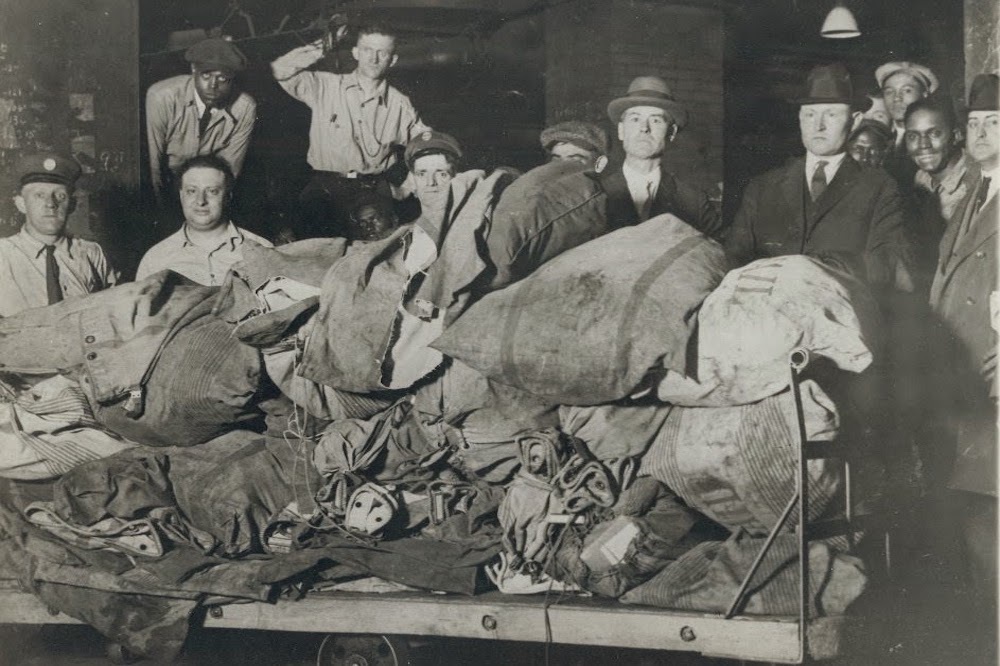 This week in Illinois history: June 11-17

June 11, 1913 - Springfield. State legislators pass a bill giving women the right to vote. After an almost 20-year battle, women in Illinois first received limited suffrage rights in 1891 when they could vote for school board officials. “The idea that boys of 21 are fit to make laws for their mothers is an insult to everyone,” Frances Willard famously declared. However, it took an additional two decades and a deluge of favorable phone calls and telegrams to House Speaker William McKinley for Illinois women to receive full voting rights. Gov. Edward F. Dunne, a Democrat, signed the bill into law.

June 12, 1924 - Lake County. Robbers lift $3 million from a train bound from Lake Forest to Libertyville. As the Chicago Tribune reports, this was the “biggest take in American train robbery history” and involved perpetrators Brent Glassock and Willis Newton. Once these two thieves ordered a stop at Rondout, the crew was forced to load the cargo of moneybags into a small fleet of Cadillacs. Who was behind the crime? Investigators proved that U.S. Postal Inspector William J. Fahy pulled the strings.

June 13, 1903 - Forksville, Pennsylvania. Birthdate of University of Illinois football player Harold Edward “Red” Grange. Called a “national idol” by age 21, Grange came to the University of Illinois by way of Wheaton High School, according to his Encyclopedia Britannica bio. In 1924, against formidable opponents from the University of Michigan, the all-American halfback scored five touchdowns in one game—four of them in the first quarter. His later career included stints with the Chicago Bears and in broadcasting.

June 14, 1671 - Sault Ste. Marie, Canada. Paris, France was named the official capital of Illinois. For almost a century, France claimed ownership of the Illinois territory in North America, making it official with a ceremony in Canada on this date. Two early explorers, Father Jacques Marquette and Louis Jolliet sought the land for its proximity to waterways and coal, according to the Illinois State Museum.

June 15, 1805 - Walton, New York. Birthdate of future Chicago Mayor William B. Ogden. Ogden, who served as mayor for a full one-year term in 1837-38 (normal then), was a Democrat until 1860, when he became Republican, according to his Wikipedia entry. But that shift wasn’t what prompted The New York Times to write in 1877 that his “career was full of suggestive contrasts.” Instead, his triumphs as a railroad mogul and the damage his business suffered during the Great Chicago Fire prompted that description. He survived the blaze, prompting the Times to state that the catastrophe, which decimated his wealth, was no match for Ogden’s resolve to recover his fortune.

June 16, 1858 - Springfield. Future President Abraham Lincoln urges adoption of political conventions. During a General Assembly meeting, Lincoln invokes a Biblical metaphor (“a house divided cannot stand”) to illustrate the need for a convention system to nominate candidates for the state legislature—a model that is still in place today.

June 17, 1931 - Springfield. President Herbert Hoover speaks at a ceremony re-dedicating former President Abraham Lincoln’s tomb. “The stone and the marble of all of our great national shrines are more than physical reminders of the mighty past of our country and the great deeds of America,” Hoover said more than half a century after an assassin’s bullet felled the 16th president. “They are symbols of things of the spirit.”