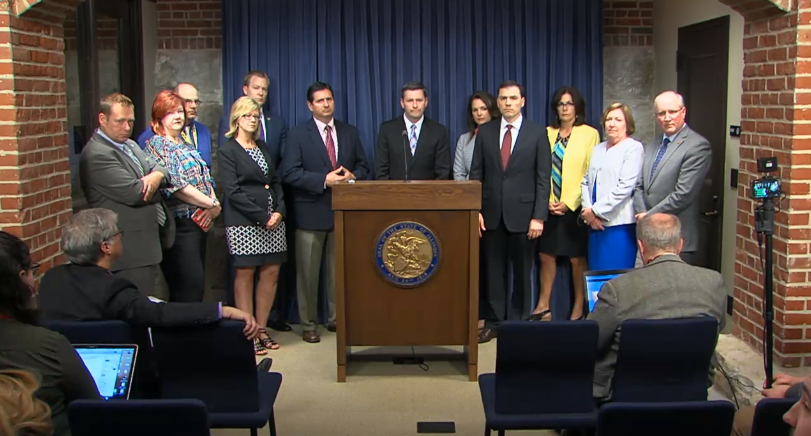 On the brink of passing a budget, almost a dozen GOP lawmakers gathered for a last-minute press conference rejecting taxpayer-subsidized abortions.

Rep. Thomas Morrison (R-Palatine) said while discussing the budget in the last few days, lawmakers have been confronted with HB40, a bill passed last year that allows for taxpayer-subsidized abortions.

“When we passed a budget last summer, HB40 was still sitting in limbo, so those that did vote for the budget last year voted for something that did not include taxpayer elective abortions,” Morrison said, adding there is no reimbursement from the federal government for the procedure. 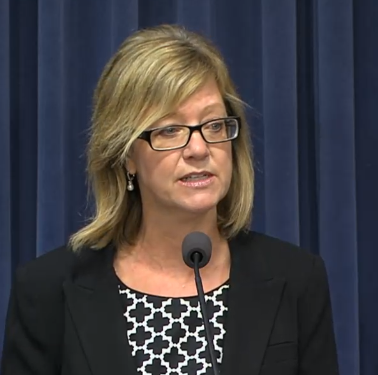 “People are coming to Illinois to get abortions, and we are not confident that our current rules and procedures would not stop out-of-state residents from coming in and getting a taxpayer-funded abortion."

GOP lawmakers are calling for the budget to be divided into silos so those who morally object to abortion are not forced to vote on a budget that would fund the procedure. While preparing for the budget passing in the last week, Rep. Jeanne Ives (R-Wheaton) said it has been common practice to take a bill and give it a stand-alone appropriation.

“And that is what we are asking for with tax-payer funded abortion…just an up or down vote,” Ives said of the GOP’s request.

Rep. Peter Breen (R-Lombard), who spoke at length earlier in the afternoon during the House floor debate on HB40, took the podium to once again note his distress, but first thanked Democrat Rep. Jerry Costello of Red Bud, who stood among the Republicans noting as a practicing Catholic he will be a 'no' vote on taxpayer-funded abortions.

“This is not a partisan issue,” Breen said. “We have a longstanding tradition in this state of bipartisan pro-life folks being together.”

The matter, which has reached lawmakers acutely, according to Breen, goes beyond pro-choice. “There is no reason to force pro-life members into a vote that violates their deepest moral convictions,” Breen said.

Coming in at the end of the press conference, Rep. Mark Batinick (R-Plainfield) said he had a lot of calls come into his office to support HB40, but it was always over the trigger language.

“It was never over taxpayers funding abortions,” Batinick said.

Breen said lawmakers are not even sure if there are the 60 needed votes to fund taxpayer-funded abortions in Illinois. Taking the microphone back, Ives fielded questions from reporters, who asked about her suggested budget silo idea. She said it is up to the leadership to decide how many silos they think need to be passed in the budget, including one for HB40.

“I prefer a simple appropriation on taxpayer-funded abortions on that issue alone and not even part of Medicaid funding,” Ives said.

After a reporter yelled out lawmakers wouldn’t even be there if it were not for Gov. Bruce Rauner signing HB40 into law, Breen said the governor respects their beliefs and has not weighed in on the matter.

“There is nothing in the federal law or the federal constitution for that matter that requires us to provide elective abortions when federal law prohibits them in the first place,” Breen said.

When asked by a reporter if the GOP budget silo request will hold up the budget passing, Breen asked a poignant question.

“What do you trade for 30,000 lives,” he queried of the estimated annual amount of abortions in the state. “What could you trade for that? It is priceless.”

Bottomline, Breen will not vote for a budget that funds abortion.

When asked by a reporter if all the lawmakers present, will reject the budget if it appropriates for taxpayer-funded abortions, Morrison said while he can’t speak for everyone, he could say they haven’t even seen the budget yet.

“We want to convey to our constituents and the media that this is an issue and we feel very strongly about it,” Morrison said.

He added a lot can happen in 48 hours.

“It is a responsible request,” Morrison said.