$390,000 for Democrats, $9,000 for Republicans; See which Illinois political campaigns AFSCME worker dues have funded in 2018 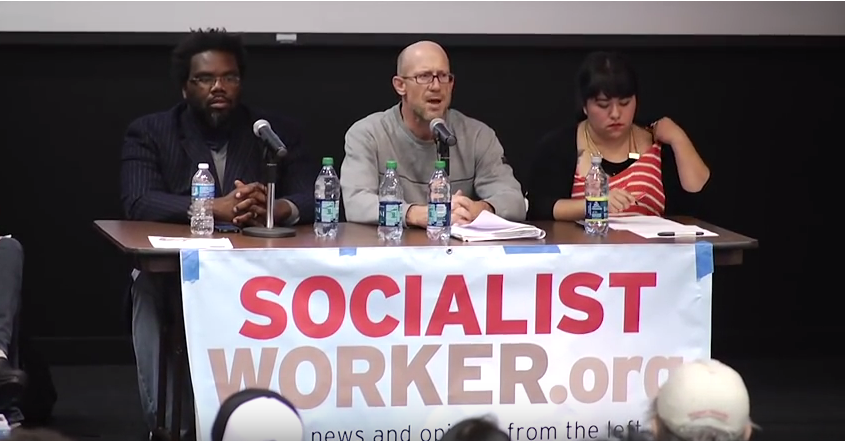 Socialist Cook County Board Candidate Brandon Johnson has been the largest recipient of AFSCME worker dues this year, | Youtube

Illinois' largest public employee union has given 98 percent of its political donations this year to Democrats, according to an analysis of state filings by Prairie State Wire.

The Springfield-based American Federation of State, County and Municipal Employees union (AFSCME) has given $398,515 in member dues to political campaigns since the beginning of 2018, per Illinois State Board of Elections filings through June 27.

The one-sided political advocacy of AFSCME and other large public employee unions, in part, prompted the recent Janus decision by the U.S. Supreme Court. It effectively bans the long-standing practice of forcing government union workers to fund political campaigns as a condition of their employment.

Those dues, many of which come from Republican employees, have been used this year to back dozens of Democrat state legislative and county board candidates.

Him finished third in a four-way primary to replace outgoing State Sen. Kyle McCarter (R-Lebanon), whose district includes parts of the Metro East. Business executive Jason Plummer easily won the race with 57 percent of the vote.

Which candidates are getting AFSCME member dues?

AFSCME's top 30 candidates for office in 2018 have all been Democrats.

Want to get notified whenever we write about American Federation of State County and Municipal Employees Council 31 - Springfield Affiliate ?

Sign-up Next time we write about American Federation of State County and Municipal Employees Council 31 - Springfield Affiliate, we'll email you a link to the story. You may edit your settings or unsubscribe at any time.