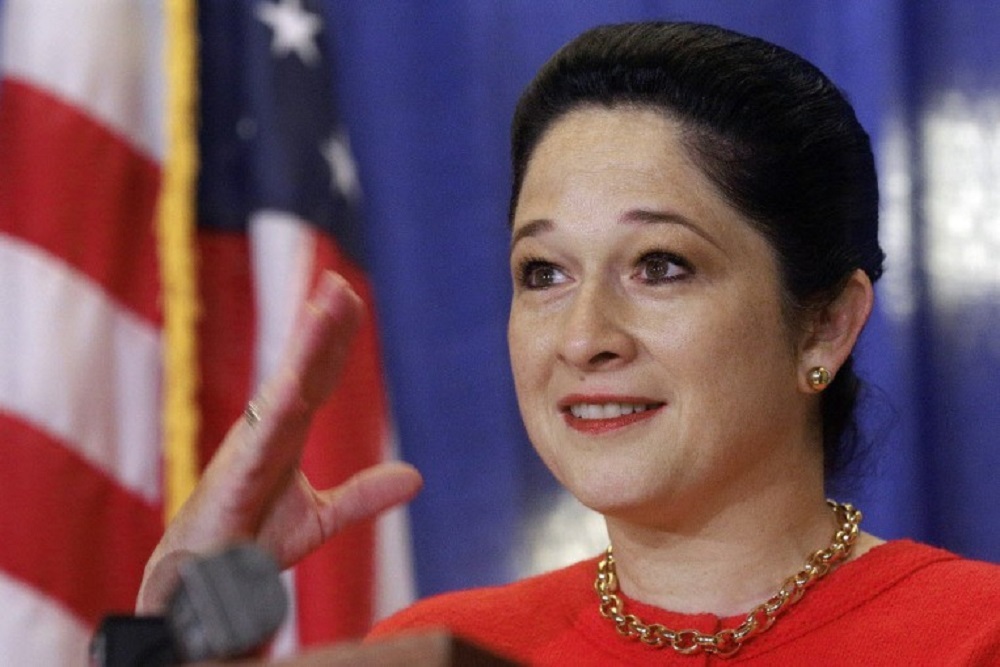 “This really advances my office’s Transparency Revolution,” Comptroller Mendoza said. “These bills give taxpayers more information about how their money is being spent. They can use that information to demand more responsible budgets from their legislators and the Governor.”

1) SB3560 The Lender Transparency Act, signed late Friday, opens a window for the first time on the lenders who profit from the state’s chronically late payments. These lenders serve an important role in allowing Illinois businesses to survive by fronting them money until the state pays them. The state pays up to 12 percent interest on late bills. The lenders profit from that high interest rate. Up to now, taxpayers have had little information about who makes up these lending groups; where their financing comes from and who is profiting – to the tune of hundreds of millions of dollars – from Illinois’ financial dysfunction.

“Are there conflicts of interest in this program? Right now, there’s no way for us to know,” Representative John Connor, D-Lockport, said. “The Vendor Payment Program has been important at times when Illinois has been a bad business partner and failed to pay its bills on time. But it needs to be regulated by law and regularly audited, so taxpayers can have confidence in this program that is filtering hundreds of millions of state dollars to private interests.”

“Most Illinoisans don't know that the State pays 12% interest on many of its late bills, much less that there are people profiting off the State's dysfunction,” Senator Omar Aquino, D-Chicago, said. “Lenders should be subject to the same level of scrutiny as anyone doing business with the State.”

"Late payment interest penalties are skyrocketing in this state, and we need to make it clear how much money is being wasted every year on these payments," said the bill’s chief sponsor in the House of Representatives, David McSweeney, R-Barrington Hills.

The rest of the Comptroller’s legislative agenda, which the Governor previously signed:

3) HB5121 Truth in Hiring Act: Ends the longstanding bad practice of Illinois governors “offshoring” employees in other state agency budgets to mask the size of the governor’s budget. Requires that if an employee works in the Governor’s office, they will be paid from the Governor’s payroll. Their salary will not be pulled from agencies that are supposed to protect the most vulnerable or put state troopers on the highways. In this budget, only 47 of Governor Rauner’s 110 staffers are actually paid from the governor’s budget. MOST of his staff – 63 people – are “offshored” to other agency payrolls. Under this bill, in the next budget, all those employees would have to appear in the governor’s budget.

4) SB3106 BEP Goals for Constitutional Officers: This bill requires Constitutional Officers such as the Governor, Secretary of State and Comptroller to aspire to the same 20 percent goal state agencies have for awarding contracts to businesses owned by women, minorities and people with disabilities in accordance with provisions of the Business Enterprise for Minorities, Women, and Persons with Disabilities Act.

5) HB5019 Comptroller's Office Administrative Bill: This allowed procedural changes including allowing state employees the ability to have part of their wages invested in a state college savings program. Also prohibits involuntary withholding deductions of more than 25% of each pension or disability payment of an individual.

These transparency initiatives build on the success of the Debt Transparency Act, Comptroller Mendoza’s hallmark transparency reform passed last year, that has opened the state's books for legislators and taxpayers and helped the General Assembly craft this year's consensus budget.

Want to get notified whenever we write about Illinois State Comptroller Susana A. Mendoza ?

Sign-up Next time we write about Illinois State Comptroller Susana A. Mendoza, we'll email you a link to the story. You may edit your settings or unsubscribe at any time.