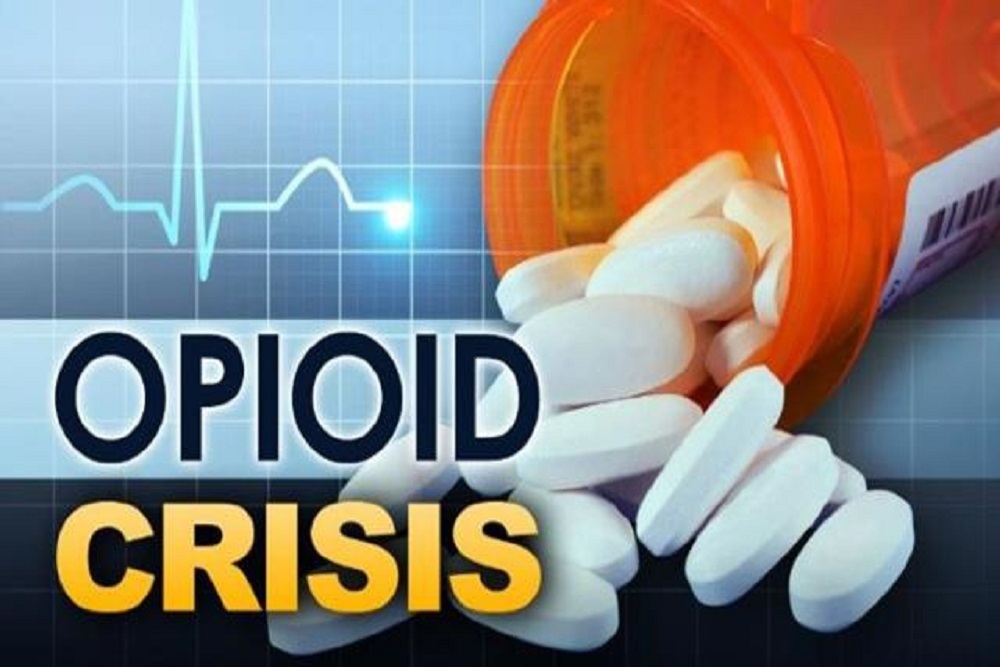 Lt. Governor Sanguinetti, who co-chairs Governor Rauner's Opioid Overdose Prevention and Intervention Task Force, said those who struggle with opioid use disorder before they are arrested receive an injection of naltrexone (Vivitrol) to reduce opioid cravings while they're in jail. Once they are released, they receive continued residential or outpatient treatment. This state-funded program partners with Rosecrance addiction treatment center to provide this service.

"This program that started in the Winnebago County Jail years ago has been so successful that the state is now emulating it in other county jails," Lt. Governor Sanguinetti said. "Of the more than 400 inmates treated with naltrexone statewide, 92 percent were admitted into treatment programs upon release and are in recovery where they can rebuild their lives."

The Rockford program is just one of the strategies the State of Illinois is pursuing as part of the Illinois Opioid Action Plan, which was released one year ago with the creation of the Governor's opioid task force.

"The opioid crisis is having a devastating effect on individuals, families, and employers in Illinois," said Gov. Bruce Rauner. "Our team's lifesaving work is intensely focused on both prevention and treatment of this pervasive and complex problem."

The Illinois Dept. of Human Services (IDHS) has secured more than $32 million in federal funds to battle the opioid crisis over the past two years and has launched several new initiatives that provide resources to those in need.

• In FY 2018 alone, IDHS and its partners trained more than 113,000 individuals to administer naloxone, the life-saving drug that reverses the effect of an overdose. In addition, more than 17,000 naloxone kits have been distributed.

• The Helpline for Opioids and Other Substances -- 1-833-2FIND-HELP -- launched in December of 2017 and has so far received more than 6,000 calls seeking assistance. A new website for the Helpline - www.HelplineIL.org -- launched this summer.

• IDHS has contracted with five organizations to provide "warm handoffs" at 14 targeted hospitals in Illinois to ensure those who suffer an opioid overdose have access to treatment shortly after release from the ER. To date, 79% of those handoffs have resulted in 1,380 patients seeking treatment.

• IDHS has contracted with 11 community-based providers to expand outpatient methadone services to 2,500 additional clients in Illinois.

• IDHS has contracted for two "Hub and Spoke" pilot projects to provide Medication Assisted Treatment options to several underserved counties in central and southern Illinois. The "Hubs" will be based in Springfield and Marion and serve "Spoke" counties in surrounding areas. Currently, 1.3 million people live in counties with little or no access to Medication Assisted Treatment (buprenorphine, naltrexone, methadone, etc.).

IDHS recently learned it will be awarded an additional $57 million in federal grants to continue its work toward reducing opioid deaths and helping people get connected to treatment.

"We've been supporting this model of delivering naltrexone to Winnebago County Jail since 2014," said IDHS Secretary James Dimas. "Illinois will continue to support and expand successful programs like this with the additional $57 million dollars we will be receiving from the federal government at the end of the month. Improving access to care for individuals with opioid use disorder has been and will continue to be a top priority."

One of the first actions of the Governor's opioid task force came last October when co-chair Dr. Nirav Shah, Director of the Illinois Dept. of Public Health, issued a Standing Order to make naloxone available throughout the state without a prescription. As a result, anyone can go to the local drug store and purchase the overdose reversal drug on their own. Studies show that when naloxone is distributed among communities, it can reduce overdose deaths by 50 percent.

"By making it easier to obtain, distribute, and administer the opioid overdose reversal drug naloxone, commonly called Narcan, we can help save the lives of some of the 2,000 estimated annual opioid overdose deaths," said Director Shah.

Governor Rauner recently signed two bills into law that will have a significant impact on the opioid crisis:

• SB 772, enacted in December, requires physicians to use the Illinois Prescription Monitoring Program to guard against doctor shopping. Since the governor signed the bill into law, participating prescribers have increased 75%.

In addition, our Better Care Illinois program, which was approved by the federal government this past spring, will allow Medicaid reimbursement for expanded addiction treatment and recovery support services.

"Overdose is now the number one cause of death for Americans under 50. It takes more lives than breast cancer, automobile accidents and homicides," Lt. Gov. Sanguinetti said. "This horrible epidemic knows no neighborhood, no color and no class. It's an equal opportunity destroyer. It's going to take all of us working together to battle this scourge and save lives. And Illinois is taking action."

If you or someone you know is experiencing opioid use disorder, call the state's Helpline for Opioids and other Substances at 1-833-2FINDHELP or visit HelplineIL.org.