When totaled, salary and all the perks leave state taxpayers on the hook for an average annual compensation package of around $110,000 for the average state worker, according to a recent report by Wirepoints.

It will not be long before Illinois Gov.-elect J.B. Pritzker has a chance to make good on his commitment to “lift up the standard of living” for all Illinois residents by allowing them to keep more of what they earn. However, it is unlikely that sentiment will extend to keeping the paychecks of state workers who are members of the American Federation of State, County and Municipal Employees (AFSCME) union in line with reasonable earning expectations of the average Illinois worker.

On average, Wirepoints reports, Illinois state workers outearn those in neighboring states Indiana and Wisconsin by an average of 35 percent. 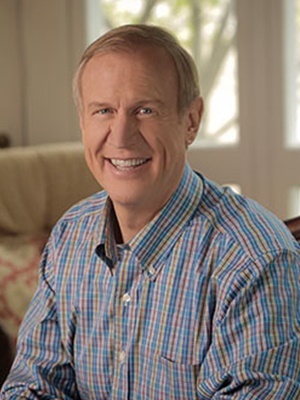 “What’s currently at stake is a contract that could cost taxpayers at least $3 billion over its life,” the website said. “That’s the difference between what AFSCME’s been demanding and Gov. Bruce Rauner’s last best offer.”

With Pritzker now in control and Rauner totally out of the mix, some wonder what will be and what it may all mean for already overburdened taxpayers.

Pritzker was championed by AFSCME and after being elected appointed several prominent labor leaders to his transition committee.

“Now that their adversary is on his way out, the union may end up demanding—and getting—even more than it originally wanted,” Wirepoints added.

The billionaire businessman will soon find himself sitting across the table from the AFSCME leaders, haggling on behalf of the state in hopes of brokering the first valid labor contract between the two sides in more than three years.

To honor his pledge “to protect the little guy,” Wirepoints reasons that Pritzker would be wise to hold firm to what it calls six basic truths, among them that AFSCME salaries have grown an average of four times faster than those of all other local workers over the last decade and that Illinois state workers are behind only those in New Jersey for the mantle of highest paid across the country.

Other considerations the website adds the newly minted governor would be wise to factor into his negotiations include the facts Illinois subsidizes nearly 80 percent of all annual healthcare costs for its government workers, offers free retiree health insurance after 20 years of service at a cost of up to $500,000 and provides average lifetime pension benefits topping $1 million for recent retirees