“This is the best chance for law-abiding gun owners to show how important our Second Amendment rights are to us,” Pearson said in a March 21 bulletin sent to members. “IGOLD could not come at a more opportune time. I expect legislation to begin to move in a few weeks. Now is the time to show legislators how dedicated we are to preserving our Second Amendment rights.”

Former National Rifle Association president David Keene is scheduled as the keynote speaker. Keene is also past president of the American Conservative Union and a television commentator. 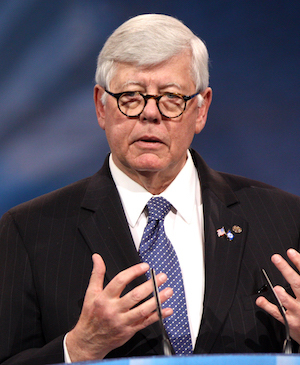 “I have known David for a long time,” Pearson added in the bulletin. “You will not find a stauncher supporter of the Second Amendment.”

Pearson pointed to Senate Bill 1000 in his bulletin, which he claims would eliminate the appeals process for Maryland citizens who are denied a Maryland Handgun Permit.

“[Maryland is] one of those anti-gun states that demonstrates the total disdain anti-gunners have for gun owners,” Pearson wrote.

IGOLD will also feature a Bank of Springfield Center reception, where revelers can purchase tickets to meet Keene for $250, with the proceeds going toward Second Amendment rights efforts. Doors open at 10: 30 a.m.