The Illinois Republican Party is demanding answers after the Chicago Sun-Times reported that the attorney hired by powerful House Speaker Michael Madigan (D-Chicago) to investigate allegations of sexual harassment within his political empire is the sister of two lobbyists suspected of making payments to Kevin Quinn, the central figure of the harassment investigation.

“The Speaker needs to come clean in the #MeToo cover-up of his political organization,” Illinois Republican Party spokesman Joe Hackler posted on the organization’s website. “Madigan hired a politically connected lawyer to ‘investigate’ sexual harassment when that lawyer’s own family members were funneling money to his top operative who had been fired for sexual harassment. It’s clear Speaker Madigan does not take the mistreatment of women seriously, and he doesn’t intend to sincerely investigate.”

According to the Sun-Times, Kelly Smith-Haley was hired by Madigan more than 18 months ago to “receive and investigate harassment allegations.” Smith-Haley is the sister of Bill and Mike Smith, both of whom are senior members of the lobbying firm Cornerstone Government Affairs. 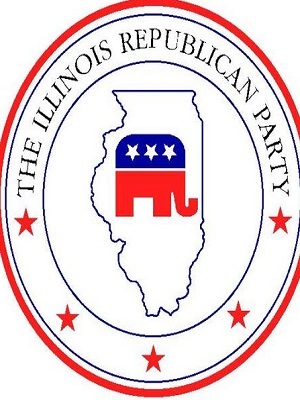 The Chicago Tribune has reported that back in January, Kevin Quinn received two checks for $1,000 each from Cornerstone, where Will Cousineau, Madigan’s longest-serving political director, serves as vice president. The Tribune added that the payments made to Quinn came just days before federal investigators stormed his South Side home as part of a coordinated federal raid in an ongoing corruption probe.

“As if it wasn’t bad enough that Madigan’s friends and allies have been keeping Quinn on the team’s ghost payroll, the lawyer tasked with investigating Quinn’s sexual harassment is a close relative of individuals financially supporting him,” Hackler added. “It’s obvious that Madigan’s claim of wanting to change the culture of his boy’s club could not be more disingenuous.”

Madigan finally parted ways with Quinn in February 2018 after political consultant Alaina Hampton went public with accusations that Quinn endlessly harassed her in a string of phone calls aimed at pursuing a romantic relationship. Hampton has since filed a federal lawsuit against Madigan and his organization, charging that not enough was done to protect her.