The Illinois Republican Party points to the recent raid on the home and offices of longtime state Sen. Martin Sandoval (D-Chicago) as an illustration of just how far the state's Democrats are willing to go to impose their will.

“The unredacted warrant provides another glimpse into the vast network of background players involved in the corrupt Chicago Democratic machine that runs this state,” GOP Chairman Tim Schneider said in a statement. “The Illinois Democratic Party is a crime ring masquerading as a political party.”

An unredacted search warrant of the raid on Sandoval as part of a still growing scandal touches upon everything from the state’s gambling industry to a politically connected red-light camera company. Sandoval has since stepped down as chairman of the Senate Transportation Committee amid reports that agents were seeking evidence of federal crimes including bribery, theft from a federally funded program and mail and wire fraud during their raid in which computers, cellphones, hard drives and a spreadsheet from his campaign fund were reportedly seized.

As Transportation Committee Chairman, Sandoval was instrumental in getting the $45 billion infrastructure plan passed earlier this year as part of the new state budget.

“A common thread among many of the individuals and businesses named in the search warrant is a history of campaign contributions to Sandoval,” the Chicago Tribune reported, including a red-light camera company called SafeSpeed.

Founded in 2007, the company has a long history of controversy. In 2017, SafeSpeed was the subject of a Tribune investigation that revealed Sandoval had interceded with IDOT on its behalf at the same time he was receiving major campaign contributions from company officials. 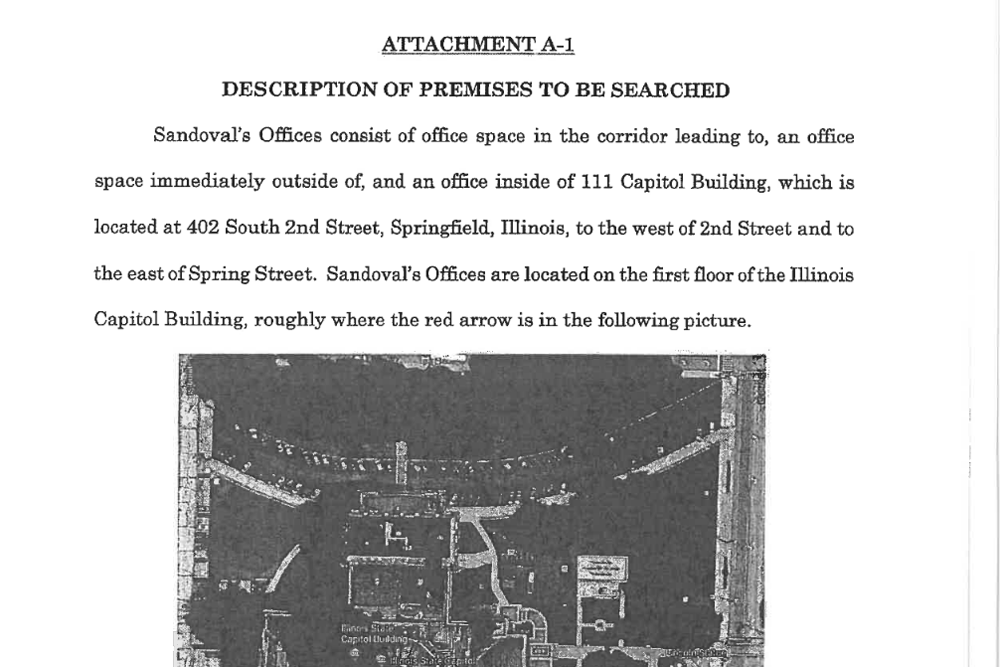