'One big mushy gray area' when it comes to Illinois lawmakers cashing in on side deals, good government advocate says

Nearly non-existent prohibitions against state lawmakers making money on the side are the root cause of a string of recent corruption charges against lawmakers and investigations into their money-making schemes, a good government advocate says.

“A state ethics law only restricts lawmakers from lobbying one another in exchange for a retainer,” Jay Young, executive director of Common Cause Illinois, told Prairie State Wire. “But nothing prevents them from lobbying Cook County or the City of Chicago, or from getting contracts like Sandoval did with municipalities within his district.”

State Sen. Martin Sandoval (D-Chicago), who recently resigned as chairman of the Senate Transportation Committee, is under investigation by federal authorities over PR work and translation services he performed for local governments in his district. His dealings with the electric utility ComEd and construction firms are also being investigated. But even more recently, state Rep. Luis Arroyo (D-Chicago) resigned late last week after being arrested for bribing another senator to move gaming legislation, which benefited one of Arroyo’s lobbying clients. And in August, Sen. Tom Cullerton (D-Villa Park) pleaded not guilty to federal embezzlement charges, which stated that he collected more than $250,000 in salary and benefits from a ghost job with the Teamsters. 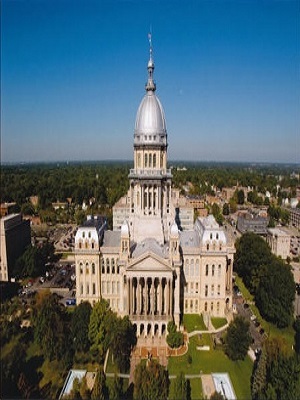 Former state Rep. Jeanne Ives (R-Wheaton), who is running in the Republican Primary to take on first-term Congressman Sean Casten (D-Downers Grove) in the general, said that the practice of side lobbying and having arrangements with local governments – especially those in the lawmaker’s district -- are “absolute conflicts of interest” and should be banned.

Caught up in all this is ComEd, whose parent company, Exelon, received a bailout gift from lawmakers late in 2016. The General Assembly approved legislation that raised electric rates to subsidize the operations of two of Exelon’s non-competitive nuclear plants, Quad Cities and Clinton. Both ComEd and Exelon said that the feds have asked for communications they’ve had with Sandoval.

“ComEd gets what ComEd wants,” said Ives, who as a state representative voted against the bailout measure. “Exelon got a sweet deal from the General Assembly after months of hard lobbying, hiring contract lobbyists on top of their in-house lobbying team, and after adding in sweet treats to the minority representatives and green energy advocates.”

“It was a terrible bill for ratepayers in Illinois,” she continued. “We have higher energy costs now and we are subsidizing energy production here that goes to other states."

David Greising, president and CEO of the Better Government Association, said that his group is putting together a comprehensive ethics reform package. At its core will be legislation banning lawmakers from lobbying on any level.

Jay Young said he expects a lot more to come out in the way of charges and investigations. But given the leeway lawmakers have in making side money, it’s hard to say what potential charges might look like.

“Without a clear law outlining what is and isn’t permissible, it becomes one big mushy gray area,” Young said.

Want to get notified whenever we write about Common Cause Illinois ?

Sign-up Next time we write about Common Cause Illinois, we'll email you a link to the story. You may edit your settings or unsubscribe at any time.