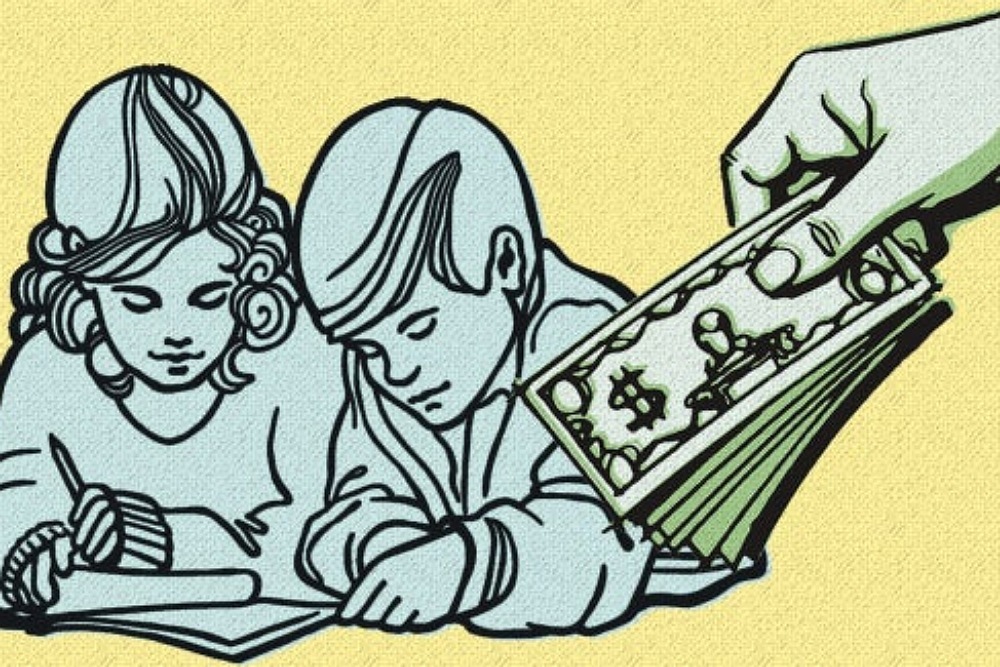 "I've asked you to join me today as we set an audacious goal: Illinois will become the best state in the nation for families raising young children, with the nation's best early childhood education and child care," said Governor JB Pritzker. "My promise is this: our work won't be complete until every child in this state enters kindergarten with the cognitive skills to think, learn, read, remember, pay attention, and solve problems, but also the social-emotional skills to communicate, connect with others, resolve conflict, self-regulate, display kindness and cope with challenges. These are the skills that high-quality early learning programs help young children develop, and I'm proud to say that many of the modern standards and model programs were conceived and developed right here in Illinois."

Child care reimbursement rates for all center and home-based providers statewide are increasing by 5 percent, which will improve access to stable care for low-income families and increase wages of early childhood providers.

Child care centers in rural counties are closing classrooms at an alarming rate because they can't find and retain qualified staff. In an effort to help deal with the staffing crisis in rural Illinois, the state is increasing the base rates for centers in Group 2 counties by 15 percent — which totals more than 20 percent, including the statewide rate increase.

A well trained and compensated workforce is essential to a quality early learning experience for young children. In order to provide the early childhood workforce access to training and education opportunities to improve their teaching skills and to improve outcomes for children, the state is increasing our investment in training by $3 million.

These investments build upon the increases in eligibility and lower family co-payments for the Child Care Assistance Program that went into effect earlier this year. Since the Governor took office, the number of children participating in the program has grown by nearly 20,000.

Gov. Pritzker created the Commission to improve access to quality early childhood programs for all Illinois families. Tasked with taking a fresh look at the state's entire ECEC system, the group met for the first time today, and its work will center around establishing funding goals and funding mechanisms to provide equitable access to high-quality early childhood education and care services for all children birth to age five.

Gov. Pritzker appointed the following child care providers, advocates, educators and legislators from around the state to serve on the Illinois Commission on Equitable Early Childhood Education and Care Funding:

The Commission is expected to deliver its final recommendations to the Governor by January 2021.

Gov. Pritzker addressed the inaugural commission meeting at the Carole Robertson Center for Learning on Chicago's west side. The following are the Governor's remarks as prepared for delivery:

Good afternoon to all! I'm so thrilled to be here with you all today. As many of you know, improving early childhood education in Chicago, in Illinois and in the entire United States was an important focus of my life prior to holding this office, and it's my great honor to carry forward that mission as governor.

I want to thank Bela Mote, the CEO of the Carole Robertson Center, for hosting us today, as well as Advance Illinois Executive Director Robin Steans for all her work on education - and today in particular for in securing the commission's background research from the Boston Consulting Group, which offered its services pro bono. It's an honor to be joined by Phyllis Glink of the Irving Harris Foundation, and co-chair of our Early Learning Council. And of course, I am so grateful for the engagement and passion of the members of the newly formed Commission on Equitable Early Childhood Education and Care Funding.

I've asked you to join me today as we set an audacious goal: Illinois will become the best state in the nation for families raising young children, with the nation's best early childhood education and child care.

My promise is this: our work won't be complete until every child in this state enters kindergarten with the cognitive skills to think, learn, read, remember, pay attention, and solve problems, but also the social-emotional skills to communicate, connect with others, resolve conflict, self-regulate, display kindness and cope with challenges. These are the skills that high-quality early learning programs help young children develop, and I'm proud to say that many of the modern standards and model programs were conceived and developed right here in Illinois.

To reach every child is no doubt an audacious goal, but we can do it. And holding ourselves to the highest standards when it comes to our youngest children - is vital to strengthening the social and economic fabric of our state and our nation.

All the best research shows that focusing dollars on our youngest children is one of the most fiscally responsible investments we can make because it reduces future expenditures and offers one of the highest returns on investment. It yields a higher high school graduation rate, a higher college attendance rate, greater lifetime earnings, lower healthcare costs, lower crime rates and an overall reduction in the need for human services spending. Nowhere is this more true than with the families who have historically been left out and left behind.

As governor, even as I made difficult decisions in order to balance our state's budget, I knew that our youngest children were not just another expenditure, but instead an important investment in our future. That's why in my first year in office, I committed the largest amount ever in Illinois history to expanding and improving early childhood education across our state. And in the Rebuild Illinois capital plan we've dedicated $100 million to renovating and building new early childhood facilities through the Early Childhood Construction Grant Program. I also succeeded in expanding income eligibility for the child care assistance program, which now reaches an additional 20,000 children since the prior administration's budget crisis that stripped away our state's social services.

But we have so much more to accomplish for Illinois families and their children.

That's why it gives me great pride today to make a special announcement that moves us further toward our goal of becoming the number one in the nation for families raising young children:

My administration is increasing reimbursement rates for all child care centers and home-based providers so we can expand capacity by sustaining and attracting existing and new child care providers into the field. For rural counties that will mean an increase of 20%, and overall the increase will be 5% statewide.

And as we expand the number of teachers and caregivers we also need to expand our early childhood workforce training, so I've increased investment in training programs by 3 million dollars.

And as we commit ourselves to becoming best in the nation, we owe it to taxpayers to make sure we're using state funds in the best way possible, leveraging available funding sources from the federal government and from non-profit partners. This commission is tasked with developing the most innovative approach to affordability for early childhood education and child care services for all children, birth to five, and it will deliver the final recommended design by January of 2021. The 29 providers, educators, advocates, and legislators on the commission represent a diverse coalition of backgrounds, communities, and expertise, but they share a common goal: building an early childhood landscape that is accessible, stable, and equitable.

No truly exceptional change has ever come from putting band-aids on a broken system. We must build a system focused on zero to five that's anchored in a holistic understanding of the needs of families and their young children.

So, to the commission members gathered here: think big and be bold. I'm so excited for what's to come.