The Joint Commission on Ethics and Lobbying Reform recently spent several hours listening to officials from city, county and state agencies regarding the possibility of stricter restrictions on lobbying activity.

Steve Berlin, the executive director of the Chicago Board of Ethics, said the city does not have entity registration, only individual registration, and that reform is needed for the penalties in place for lobbyists who do not follow the rules.

"The penalties are draconian," Berlin said to the committee. "A lobbyist has five days from the beginning of lobbying to register with the city, and if they don't, they are fined $1,000 a day every day until they do." 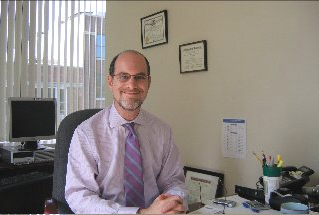 At the county level, John Mirkovic, the deputy clerk of policy and communications for the Cook County Clerk's Office, said those fines are set at $100 a day. Paul Thompson, the inspector with the Office of the Secretary of State, said they have a multi-tiered approach on penalties.

"There is a unique provision in the registration act that gives you a 30-day grace period," Thompson said.

The panel spent a lot of time defining a lobbyist. Mirkovic said that at the county level it is a two-part definition.

"For compensation and on behalf of another person," Mirkovic said. "If you’re overly broad, then you’re taking in too many people and the list will be too broad."

"There has to be some sort of contact," Berlin said. "There is also compensation and an expenditure threshold."

Thompson said with the state, any communication purpose of influencing legislative or executive administrative actions was considered lobbying.

Government reform advocates, including speakers from Common Cause Illinois, CHANGE Illinois, the Center for Illinois Politics, Reform for Illinois and the Better Government Association, testified at the hearing.

"This is a sobering moment for Illinois," Marie Dillon with the Better Government Association said. "A federal investigation has caused the people to recoil. This should not be labeled a lobbyist problem. These are elected officials moonlighting as lobbyists. They're do-nothing lobbyists."

Brendan Rigney with the Center for Illinois Politics said his organization did not have a specific opinion but wanted to be available to offer information for public record. He said it should be noted that many states have a "cooling down" period for lawmakers and state employees who later seek to become lobbyists, but that Illinois only has this rule for state employees.

"We need to ban state lawmakers from lobbying for local government," Tolley said. "There should be a two-year wait after resignation to be a lobbyist."

City of Chicago Board of Ethics • Better Government Association