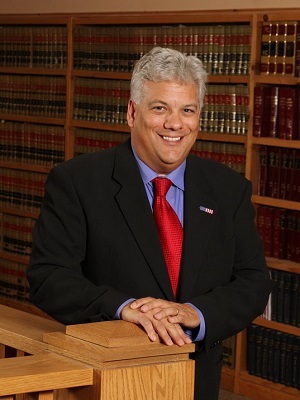 Madigan’s office confirmed the search in a statement and said the investigation began after a former Illinois state representative filed a complaint in November 2018, alleging Franks sexually harassed an employee.

“On Jan. 29, 2020, the Illinois State Police executed a search warrant at the office to expedite receipt of documents related to the allegations, and documents were immediately provided,” the statement read. “In addition, the alleged victim was notified of the search warrant the following day.”

Police were in search of personnel files, human resources and other files linked to the alleged misconduct by Franks, the Chicago Sun-Times reported.

As a result of several sexual allegations, Madigan has severed ties with a number of former aides. Last August, an investigation into Madigan’s office found sufficient evidence to support claims that people working at the Capitol repeatedly faced sexual harassment and bullying, the Chicago Tribune reported.

Madigan said in the release that his office looked into the complaint against Franks and determined in February 2019 that it was “credible.” This led to the banning of Franks from entering the Capitol without an escort.

Madigan’s office went on to say that in March 2019, it received further insight into the allegations and as a result, contacted several law enforcement agencies.

Franks served in the Illinois House from 1999 to 2017 and is currently the McHenry County Board chairman after being elected in 2016. He has denied the allegations.