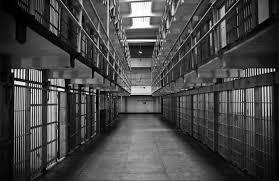 The Illinois Department of Corrections (DOC) issued a request for proposal (RFP) in January for comprehensive medical and mental health services for approximately 50,000 inmates even though the state has a current such contract with Wexford Health Sources, according to a DOC spokesperson.

The DOC declined to say what prompted the RFP or whether a change has been made to the 10-year, $1.36 billion deal the state signed with Pittsburgh-based Wexford in 2011.

“This is an active procurement which is currently under evaluation,” DOC spokesperson Nicole Wilson wrote in an email interview with the Prairie State Wire. “There is no specific timeline available on an anticipated award. Any subsequent award or further action will be posted on the Illinois Procurement Bulletin located at: http://www.purchase.state.il.us.”

Other state government officials likewise refused to comment on the reason for the RFP before a winning bidder has been chosen. The initial five-year contract could be extended for up to five more years, according to the RFP.

Wexford, which did not return calls for comments by press time, has been plagued by lawsuits alleging substandard care in Illinois and other states.

In late April, a federal judge certified the class in a lawsuit against Wexford and the Illinois Department of Corrections. The plaintiff in Lippert v. Godinez, which began in 2010, claims that the defendants were deliberately indifferent to his medical needs resulting from type 1 diabetes. Other inmates and their families, alleging insufficient care, later joined the lawsuit.

That same month, the Florida Department of Correction cancelled a contract with Wexford, citing shortcomings in mental health services at a South Florida prison. In her decision, Secretary of Corrections Julie Jones pointed to a scathing review from the Correctional Medical Authority about "the apparent lack of psychotropic medications prescribed and administered" to most of the patients receiving mental health services at a Doral facility.

In the spring, Illinois was set to fire 124 prison nurses but assured them that Wexford would pick up most of them. Johnson said she couldn’t imagine what would have happened if the state had not reversed itself and made the nurses full-time state employees.

“Most would not have worked for Wexford,” she said.

In 2012, the John Howard Association, a prison watchdog group, published a report showing that care in Illinois prisons was substandard. The report was picked up by Rep. Greg Harris (D-Chicago), who enlisted the National Commission on Correctional Health Care (NCCHC), which is still conducting “rolling” audits of the prisons, according to Harris.

“Some so far have been minor and some a lot more than that,” Harris said.

NCCHC did not return calls for comment on a timeline for its final report.

Want to get notified whenever we write about Illinois Department of Corrections ?

Sign-up Next time we write about Illinois Department of Corrections, we'll email you a link to the story. You may edit your settings or unsubscribe at any time.