Save for Rauner cash, House GOP campaign fundraising slows to a trickle 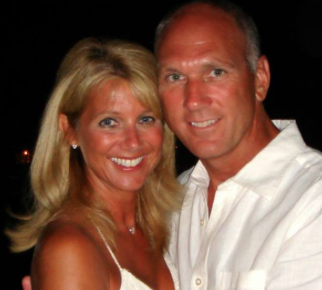 Jim Durkin, the current House Republican Leader, spent the last weekend of August 2017 hosting a recycling event. That was weeks after holding an animal adoption fair and, before that, a “children’s safety expo.”

"The Traveling Reptile Show and the Touch-a-Truck exhibit are especially popular,” Durkin said in a press release.

Such is the “new normal” for Illinois’ Republican legislative leaders.

The summer before an election year was once filled with outings, rallies and donor meetings, as legislative leaders scrambled to friend-raise and fund-raise, amassing the millions of dollars required to compete for majorities, from thousands of Republican supporters.

House GOP Leader Durkin of Western Springs and Senate GOP Leader Bill Brady of Bloomington have relinquished the “rainmaker” role their predecessors once embraced. Instead, they are working a single contributor this year who, they hope, will cover it all: Gov. Bruce Rauner.

For his House Republican Organization (HRO), which is supposed to fund member campaigns next year, Durkin raised just $60,675 from 19 outside donors between July 1 and Sept. 30, according to his filing with the Illinois State Board of Elections (ISBE).

Durkin and his members need supporter votes, but he isn't asking for their money. He's waiting for a check from Rauner, who spent $12 million on House legislative races in 2016, instead.

Excluding Rauner, HRO is on pace to register just 110 outside contributions this year – including corporations and individuals, but not contributions from candidate political action committees – for a grand total of $220,000.

In contrast, two decades ago in 1997, Daniels managed to raise seven times as much money from nine times as many contributors.

To be sure, since taking over as House GOP Leader in August 2013, Durkin has de-emphasized raising money as a priority.

One signal: his fundraising operation is led by consultant Julie Cole Chirico of Naperville, whose only previous political experience was working as an administrative assistant to Brady, escorting him on the campaign trail during his failed 2010 gubernatorial run.

Chirico, 57, is married to Naperville Mayor Steve Chirico, a close ally of Durkin and his top strategist David Walsh.

Walsh and his brother, Tom, a prolific Illinois lobbyist, were both significant contributors to Chirico's 2015 mayoral campaign, though neither live in Naperville.

"Illinois Republicans' fundraising infrastructure has been destroyed," said a suburban GOP official who has helped raise money for candidates since the 1980s. "The legislative leaders just rely on the governor. But what are they going to do when he is gone?"

How does this approach contrast from that of his predecessors?