State partners with Pepsi to design bicentennial soft drink can 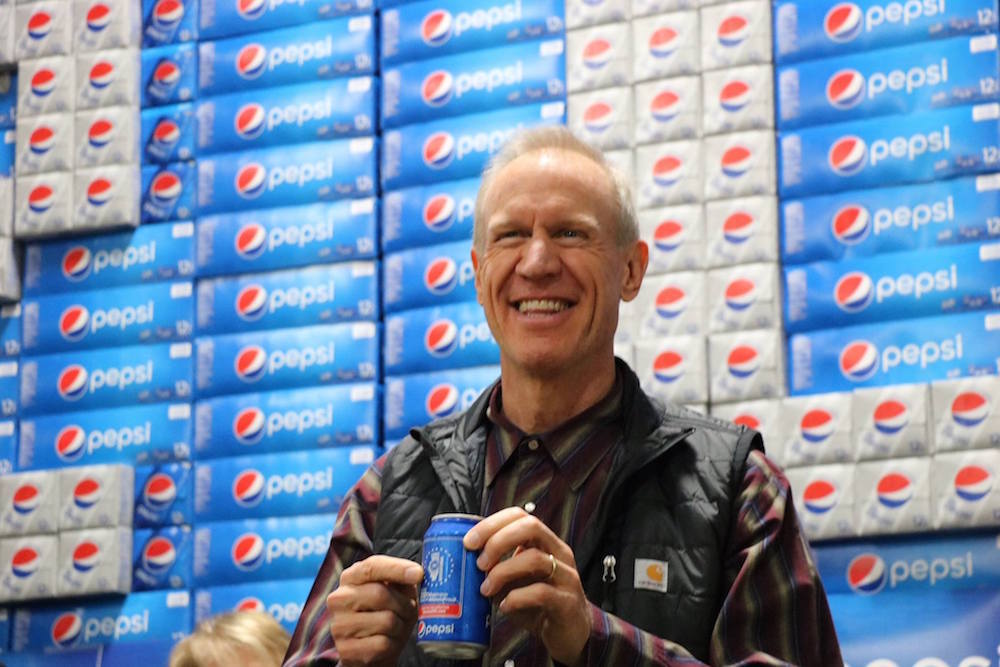 As part of the yearlong celebration of Illinois’ bicentennial, the state has partnered with Pepsi MidAmerica to release a limited edition soft drink can commemorating the state’s birthday.

Gov. Bruce Rauner and John Rains, Pepsi MidAmerica’s vice chairman and chief operating officer, toured the Marion plant Friday, opening the first commemorative cans to roll off the conveyor belt, according to a press release from the governor’s office.

“We are honored to be a part of the Illinois Bicentennial celebration,” Rains said in the release. “Pepsi MidAmerica will produce and distribute over 5 million commemorative Pepsi cans throughout our service area.”

Three generations of the Crisp family, who launched Pepsi MidAmerica more than 80 years ago, have helmed the business, which serves parts of Illinois, Missouri, Arkansas, Kentucky and Tennessee. CEO Harry L. Crisp is a member of the state’s Bicentennial Commission, according to the release.

“Illinois is  a great state with great resources, and even better people,” Crisp said in the release. “Celebrating 200 years gives us all an opportunity to look forward and plan for a wonderful future.”

Schaumbur artist Ben Olson of 3 Monkeys and Aardvark Studios, created the Illinois bicentennial logo and the Pepsi can artwork.

“The Bicentennial Pepsi can puts Illinois’ 200th birthday literally in the hands of thousands of Illinoisans,” Rauner said in the release. “The way I see it, two great brands have come together to put a spotlight on Illinois and the accomplishments of its people. High on that list is the Crisp family’s stewardship of Pepsi MidAmerica.”