Dodge says Madigan's leadership style may be catching up with him

Jim Dodge thinks House Speaker Mike Madigan’s (D-Chicago) force of one style of governance may be finally starting to catch up with him.

“This is what happens when power becomes too insular,” Dodge told the Prairie State Wire when asked to respond to the sexual harassment scandal now rocking Madigan’s office. “Illinoisans have to ask themselves if this is the kind of government they want. I think the answer is an emphatic no.”

Former Madigan political staffer Alaina Hampton recently stepped forward to allege harassment at the hands of longtime Madigan operative Kevin Quinn, her direct supervisor and the brother of Marty Quinn, a Chicago alderman and one of Madigan’s top lieutenants. 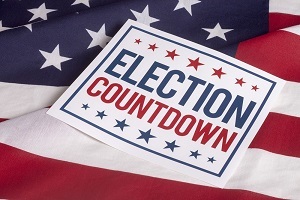 Hampton further alleged that her complaint was ignored by Madigan and other high-powered members of his organization.

According to the Chicago Tribune, Hampton said her troubles with Kevin Quinn date back to 2016, when he started sending her what she considered to be inappropriate text messages and asking her out on dates.

She said in February of 2017, she formally filed a complaint with Marty Quinn.

By April of that year, Hampton had walked away from her job after coming to believe her persistent complaints were largely being ignored.

She said she feels there was a cover up because she sent a letter to Madigan’s home in late 2017, but again no action was taken against Kevin Quinn until a day after she went public with her story.

Hampton has now also filed a complaint with the Equal Employment Opportunity Commission and she and her attorneys now plan to file suit against the Illinois Democratic Party and Friends of Mike Madigan.

“This is a perfect example of power being used inappropriately,” Dodge, an Orland Park Republican running for state treasurer, said. “Behavior this wrong simply can’t be tolerated. If allowed to run rampant, it can rot the entire system.

The controversy in Madigan’s office comes as legislative leaders in Springfield grapple with the fallout from the office of the legislative inspector general having gone unfilled for roughly three years. The inspector general is responsible for investigating all ethics complaints, including allegations of sexual harassment.

In the roughly three years the position went unfilled, a minimum of 27 complaints alleging harassment were filed, including one against Sen. Ira Silverstein (D-Chicago), who has since been found to have engaged in behavior “unbecoming a legislator” in his dealings with local activist Denise Rotheimer.

“It’s clear the state is in need of new and principled leadership,” Dodge said. “I think people understand what’s at stake and are ready to respond on election day.”