Rauner caught in slip trying to tie Ives to Madigan

While campaigning Monday in Aurora, Gov. Bruce Rauner slipped up in an attempt to tie his opponent in the GOP primary, Rep. Jeanne Ives (R-Wheaton), to House Speaker Michael Madigan (D-Chicago), tax and policy experts say.

In a conversation recorded during a visit to the Konen Insurance company, Rauner called out Ives for being the only legislator to vote no on a bill that would have increased the property tax exemption and so lower property taxes.

When an interviewer said that the legislation voted on in the House in the spring of 2017 would have merely shifted the burden of property taxes to businesses, Rauner said “that’s not true.” 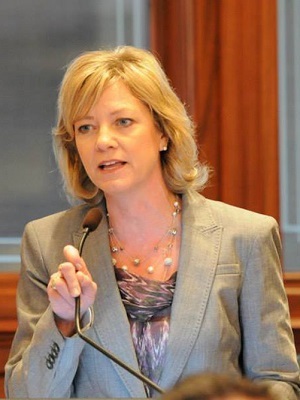 “The legislation Ives voted no on did nothing to lower what are the highest property taxes in the nation,” he said. “The bill would have merely shifted the burden to businesses, our job creators, already fleeing the state because of high taxes, and it would have made an already overly complicated system even more complicated.”

Dabrowski added that the House passed the bill 108-1-0 but that’s “because many politicians didn’t want to go on the record as having voted against property tax ‘reform’ for seniors and veterans, fearing any 'no’ vote would be used against them in next year’s election campaign.”

“But a ‘no’ vote was absolutely the right decision on the bill,” he said.

During his remarks Monday, Rauner also said, offering no specifics, that “some of her (Ives’) votes have been more in line with what Madigan would want.”

That is not how the fact-checking group, PolitiFact, sees it. On Monday, it posted an analysis of Rauner’s repeated claims that Ives is little more than Madigan’s lackey. Rauner earned PolitiFact’s “Pants On Fire!” rating – the lowest possible credibility rating.

In once instance, PolitiFact cited a Rauner campaign ad that intersperses clips of Ives speaking about Madigan with an announcer leveling damning accusations.

PolitiFact reporter Brett Chase wrote: “Hyperbole and exaggeration are commonplace in political ads, but this one struck us as not just over the top but over the moon. Ives is the ideological opposite of Madigan and his Democrats.”

For her part, Ives said that she voted no on the tax bill because it was a political stunt masquerading as tax reform.

“The bill was fake reform done simply to help the sponsor during her re-election,” Ives said. “The bill never became law because it was just political pandering. And then the Democrats later passed an increased homeowner exemption bill only for Cook County, raising their exemption 25 percent and stiffing all the other property owners with no relief. The bill, SB473, was foolishly signed by Gov. Rauner.”