Feulner: America is still the home of innovation 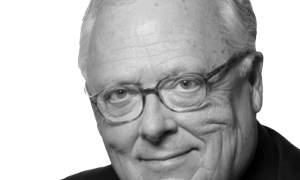 Federal programs have their uses, but we seem to forget that the United States is the home of innovation. Nearly every type of product that has improved the quality of life the world over — from medicine to computers to entertainment — has its roots in the United States.

The freedom we enjoy to dream, to act and to think has brought about cures for diseases, aid to the disabled and the elderly, and the widespread distribution of necessities that once were luxuries.

Henry Ford created the assembly line that made the automobile affordable to all Americans. Dr. Jonas Salk created a vaccine for polio, the plague of the early 20th century. Bill Gates created the operating system for computers that made them usable and accessible to all the peoples of the world. Americans were the first to reach the moon, invent air conditioning, transplant organs, and develop many other technologies and advancements.

By contrast, in nations where liberty is curtailed or controlled by government, innovation is stymied. What innovations or inventions that we use today came from the old Soviet Union? From Cuba? Or North Korea?

It’s not out of line to say that the United States has directed the course of human history more significantly and positively than any other nation in the history of the world. The key to our success is, always has been and always will be our liberty. The liberty we enjoy unshackles the mind and nourishes creativity.

The ability to think and to question the status quo should also characterize our attitude toward government. Sadly, though, many Americans have come to regard the growing reach of Big Government as a necessity of modern life.

The Founders had a burning faith in the ability of ordinary people to accomplish extraordinary things once they were freed from the fetters of Big Government. But today, too many Americans — who grew up in a welfare state and have become accustomed to delegating many of life’s tasks to a gigantic bureaucracy — aren’t sure they can take up the slack on their own.

In the absence of Big Government, they ask, who would help the poor? Who would protect the environment? Who would see to the educational needs of our children? Who would guarantee an adequate level of health care? Who would provide a decent living for the old, the sick and the disadvantaged? Who, in short, would serve as his brother’s keeper, if not Big Brother himself?

The answer, of course, is us. “We the people.” Not we, the helpless, ignorant masses, who cling desperately to our “guns or religion” and anxiously await the arrival of a messiah-president to deliver us from our frustrated, bewildered and embittered selves.

We Americans need to regain a sense of our own power, ingenuity and creativity. We need to realize that many of the tasks the public sector performs so poorly today could be performed far better by the private sector tomorrow.

We need to understand that there are more compassionate ways of helping the poor; more enlightened ways of protecting the environment; and more effective ways of educating our children, healing our sick, and tending to our elderly than relying on the “invisible foot,” as Milton Friedman called it, of a distant, muscle-bound bureaucracy.

In short, we Americans need to open our minds to the untapped potential of freedom, to the hidden strengths of civil society, and to the limitless power of the American spirit.

– Edwin J. Feulner is the founder and former president of The Heritage Foundation.