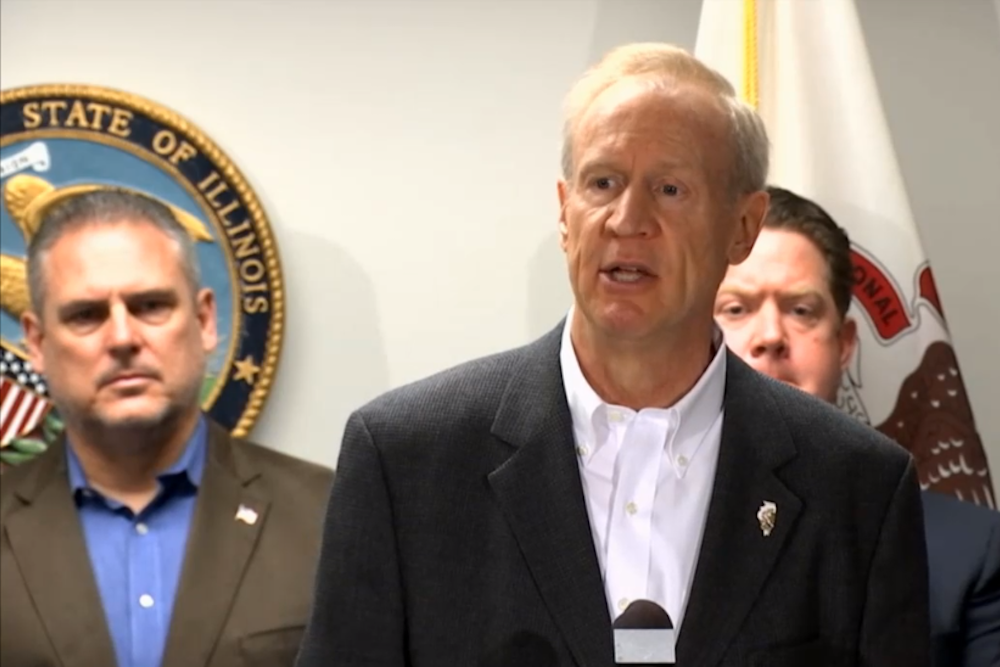 Gov. Bruce Rauner is receiving pushback from both political parties over a public safety amendatory veto.

The governor began an impromptu press conference Monday with the public safety announcement based on amendatory veto HB1468, which places a 72-hour waiting period on the sale of certain types of guns.

“It will apply to all gun transactions and sales in the state of Illinois,” Rauner said. 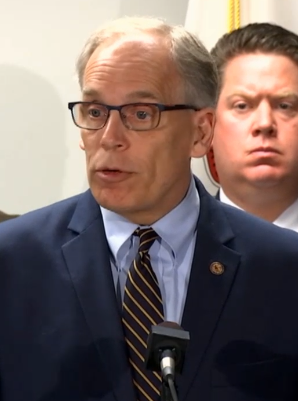 But the veto does more, according to Rauner, who laid out the six-point plan including the waiting period.

“First we are proposing to reinstate the death penalty in the state of Illinois for mass murders and for those who kill law enforcement officers,” Rauner said.

Guilt beyond any doubt must be proven, he added.

The second measure includes a complete ban on bump stocks and trigger cranks, which according to Rauner is identical to SB2343 that has been stalled in the General Assembly for weeks. The third point recommends the creation of a Fire Arm Restraining Order to be used to prevent dangerous individuals from possessing a gun from anywhere between 14 days and 6 months.

Rauner also detailed a fourth point that deals with transparency around sentencing.

“Prosecutors and judges for too long, have cut plea agreements that have allowed dangerous individuals to be released early,” Rauner said.

The governor said the bill would mandate that judges and prosecutors clearly state for the record their rationale for a plea agreement, “especially for the release of habitual gun offenders,” Rauner said.

Lastly, a reallocation of sales tax revenue for school districts from the County School Facilities Tax Statue will be called through local referendums to fund school resource officers, public safety officials and mental health professionals to prevent the risk of violence.

“These are a set of six specific recommendations that our administration is making today as part of this amendatory veto,” Rauner said.

The first three points of the plan were not popular with Rep. Allen Skillicorn (R-East Dundee), who released a media statement after the conference pointing out his concerns.

“Illinois’ death penalty prohibition came about after serious corruption was revealed,” Skillicorn said in a press release. “That corruption has not been corrected.”

As for the Fire Arm Restraining Order, Skillicorn said there is no evidence that waiting periods prevent crime.

“States without waiting periods do not experience less gun crime,” Skillicorn said. "Is this just another law that only inconveniences the law abiding while doing nothing to curtail criminality?"

The ban on bump stocks and trigger cranks is an ex parte order of protection without just cause, Skillicorn said, and is an invitation to civil rights abuses and lawsuits.

Unlike Skillicorn, Deputy GOP Leader Sen. Dave Syverson (R-Rockford) thanked Rauner for taking the time to put together what he called a “thoughtful, balanced approach” to guns.

“This is a complex discussion that we have had for 20 years down here, and unfortunately too many politicians try to have quick sound-bite solutions,” Syverson said.

He said that has never worked.

“This six-point approach will go a long way to making Illinois a safer place to live and work and raise families,” Syverson said.

The most important part of the Rauner’s six-point package is poise, according to Rep. Keith Wheeler (R-Oswego).

“It balances the priorities on both sides,” Wheeler said. “When our priorities are respected on the Republican side and Democratic side, we see a path forward.”

For Wheeler, the two most important points are reinstating the death penalty and funding school safety resources.

“I think these are great ideas,” Wheeler said.

Whether or not the package will become law is unseen, according to Skillicorn.

As amendatory vetoes are unpopular with legislators, it is unclear what the next step will be, Skillicorn said, adding, “As someone who deeply respects due process, all three of the vetoes are non-starters.”