Watson: Empowered Labor: Setting the Stage for the NLRA 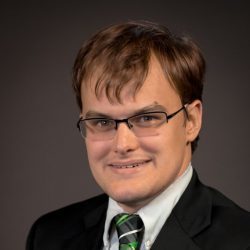 In early May, a group of pro-Big Labor Democrats led by self-described Democratic socialist former Presidential candidate Sen. Bernie Sanders (I-Vermont) introduced one of the most extreme economic policy proposals in recent history. Titled the “Workplace Democracy Act,” the bill would restrict free speech, force employees to pay fees to unions by which they would rather not be represented, and functionally abolish the secret ballot vote on organizing unions by amending the National Labor Relations Act (NRLA)—the principal federal law governing the operation and organizing of labor unions in the private sector and their relations with management representatives.

Like the Workplace Democracy Act’s predecessor, the Obama era’s so-called “Employee Free Choice Act” (EFCA), the bill comes with a misleading title and a laundry list of favors to Big Labor—a key political patron of Sanders and the Democratic Senators who have co-sponsored his measure. In many ways, the new proposal is, in fact, more extremist than EFCA, which would have certified union organizing through a public process (known as “card check”) rather than the current system of mostly secret-ballot votes. EFCA died while facing a bipartisan filibuster in the then-supermajority Democratic-controlled Senate.

Prior to the New Deal and the passage of the original NLRA (sometimes called the Wagner Act after its chief sponsor, Sen. Robert F. Wagner (D-N.Y.)), collective bargaining was limited by court orders and rules, which allowed employers to choose not to hire union members or negotiate with unions.

However, during the Progressive Era the federal government began recognizing and establishing labor union privileges. In 1914, syndicate labor unionism—using anti-competitive practices to organize workers for mutual benefit—was legalized by the Clayton Act, which exempted labor unions from anti-trust laws. The Clayton Act did not require employers to negotiate with labor unions, but it did place restrictions on court orders to halt strikes and picketing. In 1926, Congress enacted its first nationwide labor relations law, the Railway Labor Act (RLA), to govern collective bargaining in the railroad industry to resolve a series of rail strikes.

After the financial crisis of 1929 initiated the Great Depression, political pressure for a national union law surged. In 1932, Congress passed the Norris-LaGuardia Act, which prevented employers from adding provisions prohibiting labor union membership to employment contracts (also called “yellow dog” contract provisions) and restricted the use of court injunctions to end strikes.

NIRA was found unconstitutional by the Supreme Court in May 1935, spurring the AFL to push for a new national mandatory collective bargaining law. New Deal Democrats in Congress then fundamentally restructured American labor law through the passage of the original NLRA. Labor unions supported the Wagner Act as it guaranteed mandatory collective bargaining with a labor union organized under its provisions. The law was signed in July and immediately challenged by business groups; after the “switch in time that saved nine”—when swing justices on the Supreme Court switched from striking down expansive New Deal central planning to supporting it after President Roosevelt threatened to “pack” the Court by expanding the bench and adding more New Deal-supporting Justices—the law was upheld in 1937.

– Michael Watson is a Research Director for Capital Research Center and serves as the managing editor for InfluenceWatch.

Want to get notified whenever we write about National Labor Relations Board ?

Sign-up Next time we write about National Labor Relations Board, we'll email you a link to the story. You may edit your settings or unsubscribe at any time.