OPINION: What the Supreme Court's ruling in Janus v. AFSCME could mean 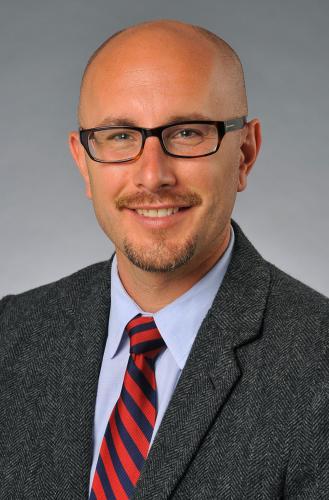 The U.S. Supreme Court will soon rule in Janus v. AFSCME, the most important government labor-relations case in nearly a half-century. At issue is whether public employee unions in 22 states, including Pennsylvania, can charge “agency fees” without violating the First Amendment rights of workers who don’t want to be union members.

The plaintiff, Mark Janus, a child care specialist for the state of Illinois, argues that forcing him to pay into union coffers is a form of compelled speech. To keep his job he must subsidize a highly political, private organization. The court’s five conservative justices appear likely to agree this is unconstitutional.

A ruling in favor of Janus will have a bigger impact in Pennsylvania than in most other states.

A ruling in favor of Janus will have a bigger impact in Pennsylvania than in most other states. Pennsylvania is one of six states that account for more than half of all unionized government workers in the country. Its permission of agency fees increases union membership. More members mean more money for unions. That’s why 52.5 percent of Pennsylvania’s state and local workers belong to unions and those unions collect millions of dollars annually.

The political effect of agency fees has been to enhance public unions’ power. According to the Commonwealth Foundation, public unions in Pennsylvania spent $144 million on politics between 2007 and 2014, making them among the largest political players in the state. In terms of direct contributions to candidates for office, they even outspent the natural gas industry. And the vast majority of recipients of union largess were Democrats.

Almost all observers agree that a pro-Janus decision will cause public sector unions to lose members and money. First, unions will no longer be able to collect fees from non-union workers who they represent in collective bargaining. Second, some current union members will decide that being in the union isn’t worth it and renounce their membership.

In states that have enacted right-to-work laws (which ban agency fees), public unions in recent years have lost between 5 and 30 percent of their members. One recent study predicts that Pennsylvania’s public unionization rate will fall 8 percent in the wake of a pro-Janus decision.

Whether such a membership decline leads to a drop in government unions’ political power is uncertain. Public unions have undertaken a massive organizing effort over the last year to solidify the connection between workers and their unions.

Some states, such as New York and New Jersey, have taken preemptive legislative steps to make it more difficult for workers to opt out of unions and give unions easier access to workers. Gov. Wolf has promised similar things in Pennsylvania. Such measures may stave off steep membership declines.

Another possibility is that public sector unions prove able to extract more dues money from a smaller membership and thereby keep their political spending constant. That’s been the strategy of private sector unions over the last three decades.

Yet, a modest decline in union political power wouldn’t be a bad thing. It would reduce the relentless pressure unions put on state and local government to grow. Unions are often successful at winning higher pay, better benefits, and more worker protections from management.

That’s good for public workers. But it makes government more expensive, which impacts everyone else. The result is either a heavier tax burden or other government priorities get squeezed.

For example, research by Sarah Anzia of the University of California-Berkeley shows that as public pension costs rise, education and infrastructure spending fall.

Pennsylvania is no stranger to the problem of ballooning benefits costs. For instance, the state increased school funding by $125 million this year, but all of the money went to pay for pensions rather than instructional material. Yet, Pennsylvania’s innovative and bipartisan 2017 pension legislation was only possible because public sector unions sat on the sidelines and neither supported nor opposed it.

The Janus case is first and foremost a matter of constitutional principle. Yet, a pro-Janus ruling will have practical consequences. Government unions will likely be diminished, but remain a potent political force in Pennsylvania and elsewhere. A reduction in their political power, however, may give state and local governments the flexibility they need to address a myriad of pressing fiscal problems.

– Daniel DiSalvo is a senior fellow at the Manhattan Institute, an associate professor of political science at the City College Of New York (CUNY), and author of Government Against Itself: Public Union Power and Its Consequences (2015).