Jim Dodge is convinced there’s a good reason lawmakers in Springfield work so hard to keep the way the state’s pension system truly operates cloaked in such high-level secrecy.

“When most taxpayers find out about how much it truly costs to fund these pensions, they are genuinely upset about it,” Dodge told the Prairie State Wire. “With the way it’s done and how it’s done, there’s no two ways around that. Then, the errors are only exacerbated when decisions in Springfield are made where lawmakers aren’t honest about the real costs stemming from any of this.”

An Illinois News Network (INN) investigation recently uncovered that over the last 13 years several public school systems were forced to pump more than $50 million in penalty payments into the Teacher’s Retirement System for violations of a state law that caps end-of-career raises and sick-time payments for retiring educators. 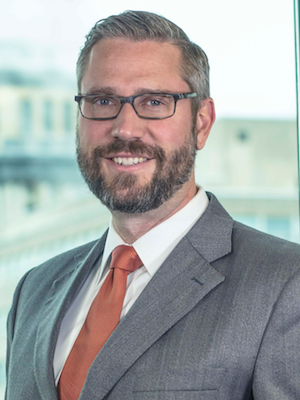 INN’s investigation also found that nearly half of the fines were imposed over the last several years, a period when the state was forced to operate without a balanced budget in place and with many top school administrators raging about being forced to function on reduced budget plans.

The practice of “pension spiking” is also known to drive up taxpayer-funded pension payments, an added obligation for a state that is facing pension liability costs topping $130 billion and taxes among the highest in the nation.

“I don’t know anyone in the private sector that something like these raises happens for,” said Dodge, running as a Republican for state treasurer against incumbent Mike Frerichs in November’s general election. “This is one of the reasons Illinois is in the pension mess we are in. And all the time, no one has been honest about the situation.”

As treasurer, Dodge said he plans to make state taxpayers a bigger part of the process.

“I will make sure Illinois taxpayers are finally understanding the true state of our finances,” he said. “Transparency is really big deal with me, along with saving the state money and being responsible in government. With these pensions, we’re now at the point where the bill is coming due and taxpayers are starting to see that all these tax increases aren’t really solving the problem.”