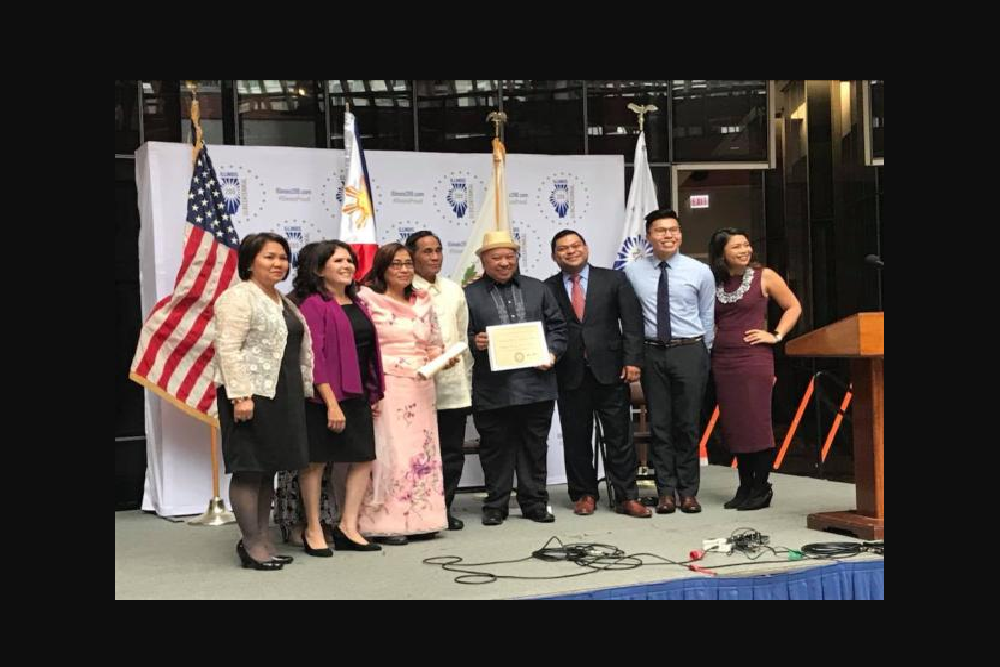 Lt. Gov. Evelyn Sanguinetti today hosted the State of Illinois Filipino American History Month celebration together with the Illinois Bicentennial Commission and the Consulate General of the Republic of the Philippines in Chicago.

Filipino Americans were the third-largest Asian heritage group in the United States as of 2015. The Chicago metro area is home to more 137,000 Filipino Americans, according to Pew Research data.

"Filipino History Month is a wonderful opportunity to celebrate and reflect on the contributions Filipino Americans have made to our state and country, including the Filipino veterans of WWII," Sanguinetti said. "It is a privilege - especially during our year-long Illinois Bicentennial celebration -- to present leadership and service awards to three Filipino American leaders who have positively impacted Illinois and are helping to build a better future for our state."

"It is an honor for the Philippine Consulate General in Chicago to join in the celebration of the State of Illinois' 200th anniversary and the commemoration of the Filipino-American History Month (FAHM) in October," said Consul General Dr. Gina Jamoralin. "We appreciate the efforts of the Office of Governor Rauner to recognize the significant contributions of the Filipino-American community in the State of Illinois."