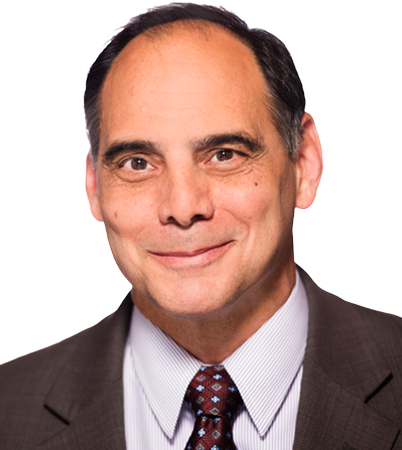 Nikki Haley's  resignation as ambassador to the United Nations inevitably set off speculation about her future plans, including a White House run. There’s no question she’d make a great foreign policy president, full stop. That said, the prospects of a President Haley has a lot more consequence for global geopolitics than American politics.

Those of us who lack the inclination and aptitude for the gladiatorial combat that is American politics don’t find much attraction in handicapping future presidential races. On the other hand, it’s hard to resist contemplating a successor to Trump that may well follow in his footsteps when it comes to foreign policy. Such a succession in leadership could be the most consequential transformation of American grand strategy in the modern era.

Since the fall of the Berlin Wall, presidents have floundered in search of a new grand strategy. This isn’t entirely their fault; to be fair, for decades there were many conflicting signs of which way the world was going. Each president struggled to deal with the issues at hand and set a more stable trajectory for guiding the way to future.

George H.W. Bush tried tinkering with the old world order. Bill Clinton attempted engagement and enlargement. George W. Bush started a campaign to stamp the out global extremists. Barack Obama tried pampering them. In short, American policy has ricocheted about like a rabbit.

There is, however, something different about the Bush-Obama-Trump years. For all the yo-yo foreign policy, the bad-guy list remained the same: China, Russia, Iran, North Korea and transnational Islamist terrorism. That is a rare bit of bipartisan consensus in the chaos of the post-Cold War world.

Trump’s approach, without question, is different than either Bush or Obama. Some love it, and some hate it, but all that really matters is whether it works. Trump holds that what will determine America’s place in the world is how the U.S. manages the major competitors and their assault on America on every front, from nuclear threats to economic rivalry to malicious cyber action.

His Administration looks to restore balance by vigorously upholding vital U.S. interests and forcing our competitors to respect them. We could expect a President Haley to continue this approach.

If Trump triumphs, a lot will change. The U.S. will have a sure formula for the practice of statecraft that hasn’t been around since George Kennan coined the term “containment.” Our allies and strategic partners will breathe a sigh of relief that, for the first time in a long time, they can look forward to a consistent U.S. policy that doesn’t flip flop every time they change the curtains in the Oval Office. American political, economic and military power will be a growing, stabilizing and sustainable force in the world.

What makes a Trump triumph so consequential is the potential to extend a consistent foreign policy beyond Trump’s tenure. That hasn’t happened since Truman and Eisenhower locked in America’s approach to the Cold War.

Haley is a proven leader with the perfect resume to follow-on to Trump. There are, of course, others. Trump’s team has a fairly deep bench of competent leaders with a like-minded worldview. And who is to say that the next one to occupy the West Wing will be from Trump’s side of the aisle? By the time Trump exits the stage, his foreign policy might well be more bipartisan than the current crop of Trump haters would like to admit. Much as JFK picked up where Ike left off, the next foreign policy president might be axiomatically Trumpian.

No one will match Trump in style, but that’s not important. If Trump’s policies work, Americans will want someone who follows him in substance. Haley is already earmarked as one that could fill the bill. This might not be how the future unfolds — but it will. Both Americans and America’s friends and enemies ought to start thinking seriously about that possibility.

– James Jay Carafano is the vice president of the Davis Institute for National Security and Foreign Policy at The Heritage Foundation.