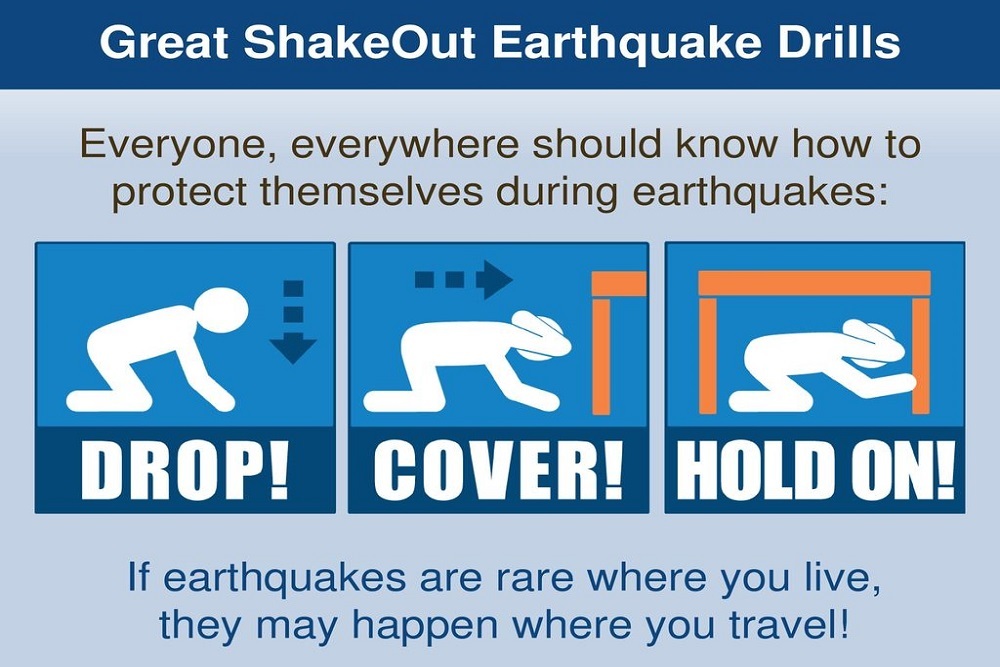 The Illinois Emergency Management Agency teamed up with the St. Louis Cardinals, to educate southern Illinois students about the importance of earthquake preparedness. With two seismic zones in the southern part of the state, and Illinois residents who travel throughout the world, it's important that everyone know how to stay safe during an earthquake.

Governor Bruce Rauner declared Oct. 18 Great U.S. ShakeOut Earthquake Drill Day in Illinois to encourage people to participate in the annual earthquake drill. This year, more than 364,000 people in Illinois registered for the event, including more than 309,000 students from educational facilities across the state.

The St. Louis Cardinals mascot, Fredbird, joined IEMA Deputy Director Jennifer Ricker and IEMA staff to show second grade students at Jefferson Elementary School in Marion what to do during an earthquake. Deputy Director Ricker led a lively discussion about the risk of earthquakes in Illinois and the importance of being prepared with the students.

At 10:18 a.m., an announcement was broadcast into each classroom that the ShakeOut earthquake drill was beginning. At that time, students practiced the ‘Drop, Cover and Hold On' actions that should be taken when the earth starts to shake.

"Whether you are at school, at work, at home or on vacation, an earthquake can happen at any time, anywhere," said Deputy Director Jennifer Ricker. "This is why the Shakeout earthquake drill is so important. This preparedness drill helps us teach millions of people the life-saving Drop-Cover-Hold On procedure."

The largest earthquake to ever rattle North America occurred in 1811 in New Madrid, Missouri, near southern Illinois. If a similar quake struck the same spot today, according to a 2008 University of Illinois study, the impact would be catastrophic: 3,500 fatalities, 2.6 million without power, $300 billion in direct economic loss. Most of southern Illinois sits atop one of two major fault zones - the New Madrid Seismic Zone and the Wabash Valley Seismic Zone. We know these faults are active, with sizeable earthquakes reported as recently as 2008.

Want to get notified whenever we write about Illinois Emergency Management Agency ?

Sign-up Next time we write about Illinois Emergency Management Agency, we'll email you a link to the story. You may edit your settings or unsubscribe at any time.