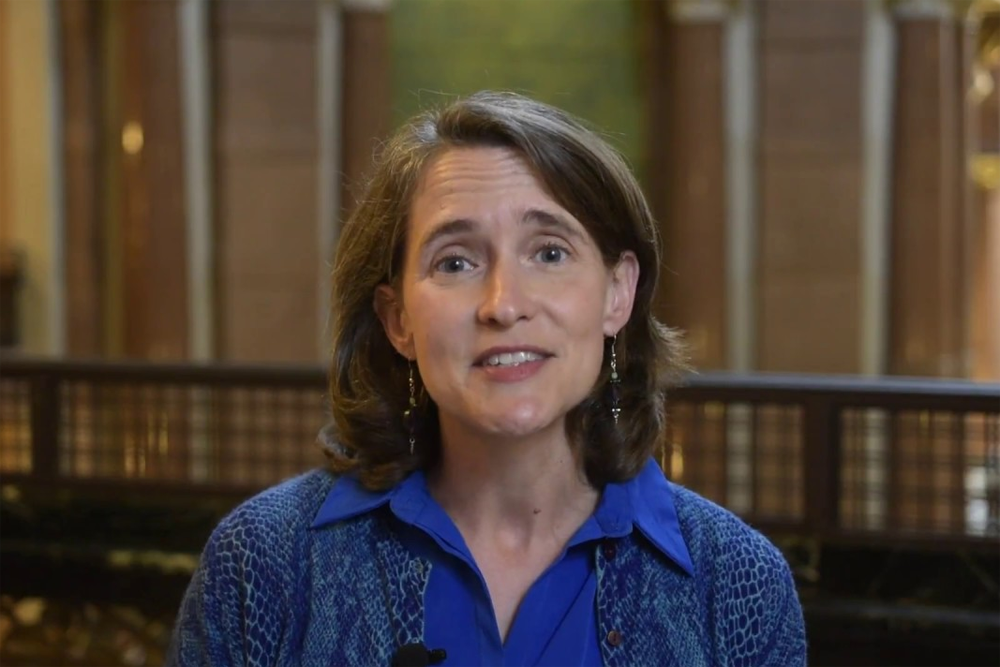 State Rep. Michelle Mussman (D-Schaumburg) is one of suburban Democrats who has refused to oppose the statewide property tax proposal.

While Republicans have publicly slammed a statewide property tax plan that could add thousands to Illinois homeowners’ property taxes, suburban Democrats have opted not to criticize the idea.

Proposed in May by the Chicago Federal Reserve, the statewide residential property tax of one percent could tack on an additional $2,500 annually for a home worth $250,000. This plan has been touted by some as the only way to generate the hundreds of billions in tax revenue it would take to pay the state's unfunded pension liabilities.

"Because the debt is so large, it’s unrealistic to think that new taxes (such as a tax on legalized marijuana or financial transactions) or increases that affect only a narrow segment of the population will be enough," the Fed's Thomas Hassl, Rick Mattoon and Thomas Walstrum wrote. "Illinois will have to find additional revenues from already existing tax bases, either by increasing rates, expanding the definition of what is taxable, or a combination of the two."

"Do Illinois homeowners have the ability to pay these larger tax bills? Our calculations suggest that, even under the best-case scenario, the additional tax bill is quite high, and some households would certainly struggle to pay it," they wrote.

The proposed increase would amount to a 43 percent increase on the average that Illinois homeowners pay, according to Crain's Chicago Business.

The plan could become a reality next year, if Democrats retain control of the legislature and Democrat J.B. Pritzker unseats Republican Gov. Bruce Rauner.

It surely ranks among the most blatantly inhumane and foolish ideas we’ve seen yet," he wrote. "Are they blind to human consequences? Confiscatory property tax rates have already robbed hundreds of thousands, maybe millions, of Illinois families of their home equity — probably the lion’s share of whatever wealth they had."

Following is a list of incumbent Democrats for House seats, along with their Republican challengers:

In the Senate, here's a list of Democrats and their Republican counterparts, sorted by district:

Want to get notified whenever we write about Illinois Representative Michelle Mussman (D-56th) ?

Sign-up Next time we write about Illinois Representative Michelle Mussman (D-56th), we'll email you a link to the story. You may edit your settings or unsubscribe at any time.