Illinois family of hit-and-run victim Corey Cottrell fears driver, Jose Rodriguez, suspected of being in the US illegally, will flee country 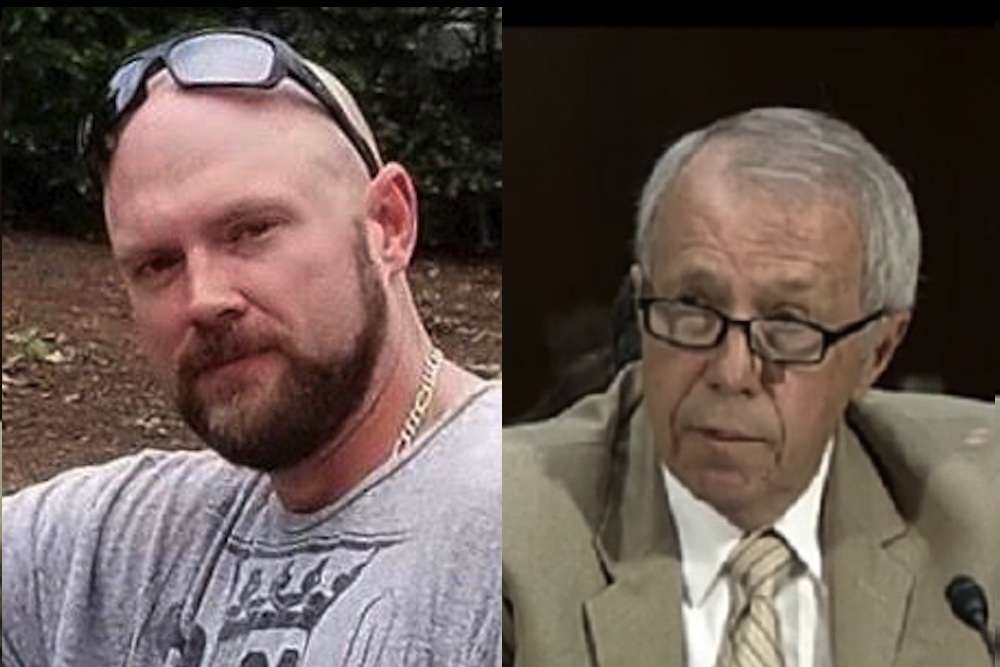 The Cottrell family is praying for one small measure of relief from staggering grief: the prosecution of the man charged with running a red light in Bloomington on June 22 and killing 39-year-old Corey Cottrell of Normal. But the family fears the driver of the van charged with striking Corey, Jose Rodriguez, 27, will disappear into his home country of Honduras before his scheduled July 12 arraignment. Everything points to his being in the United States illegally, and sanctuary laws in Illinois and Bloomington would allow him to flee unnoticed.

On June 25, McLean County Circuit Judge Thomas Funk set bond for Rodriguez, and he walked the next day. Wendland, who attended the hearing, said that Rodriguez’s attorney argued his client wasn’t a flight risk, even though he fled the accident scene. Rodriguez turned himself in to Bloomington Police the day after the accident. He was charged with leaving the scene of an accident involving a death, a Class 1 felony under Illinois law that's punishable by up to 15 years in jail. Rodriguez was also charged with driving without a license and disregarding a traffic control device. The McLean County State’s Attorney Don Knapp told Prairie State Wire that the charges are fluid and could be amended up.

As of this writing Immigration and Customs Enforcement (ICE) was looking into Rodriguez’s citizenship status, but all indications are that he is in the country illegally, says Brian McCann of Advocates for Victims of Illegal Alien Crimes (AVIAC), who is familiar with the circumstances of the case. McCann cites the lack of a driver’s license (Rodriguez never had one, according to prosecutors, even though he has been working in Bloomington for five years), prosecutors noting in court that Rodriquez is a citizen of Honduras, and his use of an alias, which, sources say, is Dominick Ortiz.

“They [illegal immigrants] use aliases all the time,” McCann said.

In 2011, McCann’s family suffered a fate similar to the Cottrell’s. Brian’s brother, Dennis, 66, was struck and killed crossing a street in Chicago by a person in the country illegally with a 0.29 blood alcohol content. The driver made bond, fled to Mexico and was never prosecuted.

"I’m still in touch with the FBI about it,” McCann said. “Every year at our family reunions we talk about it, but there is nothing new to report.”

Adding to the concerns of the Cottrell family are the Illinois and Bloomington sanctuary laws. Police working in sanctuary jurisdictions are not permitted to contact ICE after arresting someone in the country illegally.

“Most sanctuary cities don’t even look (into citizenship),” said AVIAC’s Don Rosenberg, a Californian whose son was struck and killed in 2010 by a car driven by an illegal immigrant. “If they send prints voluntarily to NCIC (National Crime Information Center) and ICE gets a match we know he’s illegal. Problem is they may not send, and if the person hasn’t had any contact with ICE there won’t be a match. Even if there isn’t a match the information may not be released.”

“Sometimes privacy laws are invoked,” Rosenberg added, “even though there is no law guaranteeing privacy for alien status. But over the years policy changes have protected the release of the information. Trump signed some executive orders when he came into office but many are being ignored.”

The day of the accident Corey was driving his motorcycle to see his mother at the Bloomington Church of Christ picnic. He was wearing a helmet. He leaves behind two daughters, ages 11 and 14. His funeral services are July 12, the same day as the arraignment.

“This is every bit as much of a tragedy as the recent drowning of a father and daughter attempting to get into the United States,” McCann said. “That story made national news. But the stories about Corey, my brother and Don’s son barely get any notice at all.”