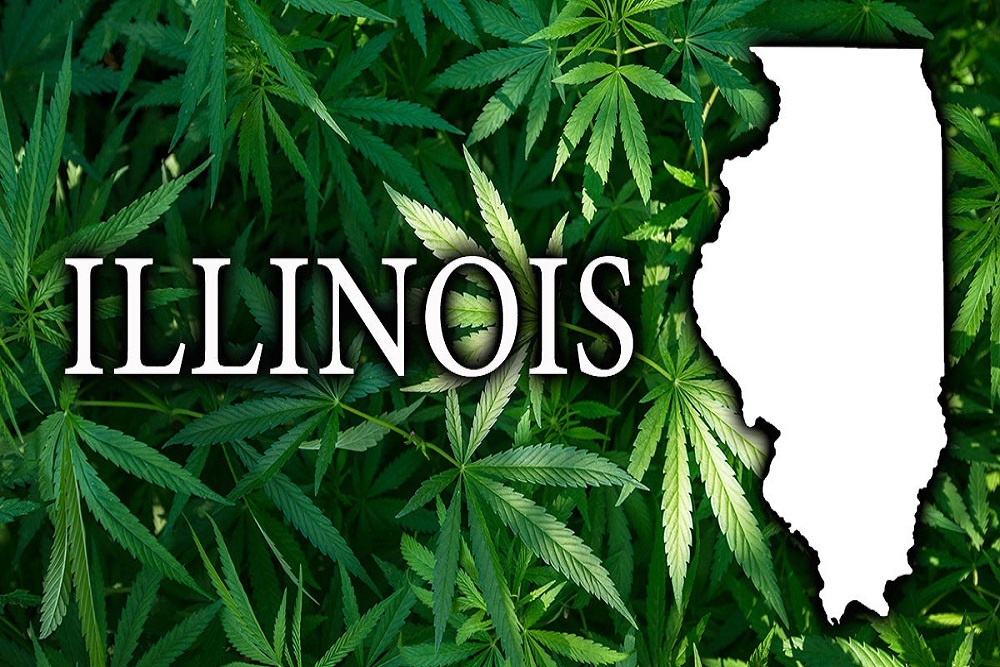 With Illinois poised to become the 11th state in the nation to legalize adult-use cannabis and the first to do so with equity at the core of its approach, Governor JB Pritzker granted 11,017 pardons for individuals whose low-level cannabis convictions have held them back from good jobs, housing and financial aid for college - as the state is poised to legalize cannabis Wednesday.

Today's 11,017 misdemeanor expungements involve Illinoisans in 92 counties and Governor Pritzker was joined in the celebration by hundreds of community members, stakeholders and elected officials at Trinity United Church of Christ on Chicago's south side.

"Tomorrow when adult-use cannabis becomes legal, pay attention to the fact that we are beginning to accomplish four very important things: We are ending the 50-year long war on cannabis. We are restoring rights to many tens of thousands of Illinoisans. We are bringing regulation and safety to a previously unsafe and illegal market. And we are creating a new industry that puts equity at its very core," said Governor JB Pritzker. "Every state that has legalized cannabis has seen high demand and long lines in its earliest weeks, and to be sure, our state will too. But unlike other states, in Illinois, we purposely built a system where the market has room to grow, so that entrepreneurs, including especially those from the communities devastated by the war on drugs, will have real opportunities in this industry."

"Illinois is going where no other state has before, admitting the unjust errors of the war on drugs and giving so many Illinoisans greater opportunities to build good lives for themselves and the people they love," said Lieutenant Governor Juliana Stratton. "Our Restore, Reinvest and Renew program will direct 25 percent of the state's cannabis revenue right back into the communities hit the hardest by decades of over-policing, disinvestment, disenfranchisement and violence. In that effort, we're lifting up the voices of the people who actually live in these neighborhoods, who know these blocks and exactly where our dollars will make a real difference."

"While tomorrow marks the new year with Illinois' important cannabis legislation becoming law, today we continue the important work of expunging and pardoning thousands of low-level cannabis convictions," said Cook County Board President Toni Preckwinkle. "I am proud to stand beside Governor Pritzker, Lieutenant Governor Stratton, State's Attorney Foxx and so many advocates as we begin to heal the communities who have been ravaged by the War on Drugs and implement the most equitable cannabis legislation in the nation."

"Today we took another step toward justice, as we continue to address the failed war on drugs and the disproportionate impact it had on communities of color," said Cook County State's Attorney Kim Foxx. "Clearing records under this revolutionary new law will not only open doors for thousands of families but will create stronger, safer communities as well. I'm proud to work alongside Governor Pritzker and other leaders as we make criminal justice reform a top priority in Cook County and across Illinois."

"As one of the authors of this historic law, I am so proud to witness equity being put into practice today," said Toi Hutchinson, Senior Advisor to the Governor for Cannabis Control. "The 11,017 pardons that Gov. Pritzker is granting today are thousands of lives forever changed — and hundreds of thousands more will be changed in the coming months. Those who were unfairly targeted by discriminatory drug laws can finally get ahead and build a new future for themselves and their families."

The bipartisan Cannabis Regulation and Tax Act provides multiple avenues to expunge convictions and arrest records for minor cannabis offenses. Statewide, there are more than 700,000 records that will be eligible for relief because of the law.

Expungement of Convictions up to 30 Grams (Pardon Process)

For convictions up to 30 grams not associated with a violent offense, there are 116,000 records eligible for expungement through the Governor's pardon process. In Cook County, State's Attorney Kim Foxx has already begun to address stand-alone conviction records, with an initial wave of 1,000 convictions expunged earlier this month.

Of these 116,000 records, 43,500 records solely involve cannabis offenses and 72,500 include another non-violent offense. Only cannabis convictions will be expunged.

The Illinois State Police identified all eligible convictions and forwarded those records to the Prisoner Review Board. After PRB verifies the accuracy of the conviction records, the PRB forwards them to the governor for pardon consideration. Following the gubernatorial pardons, the PRB will forward the documents to the Attorney General's Office, which will file petitions in the circuit courts to expunge the records.

Individuals, civil legal aid organizations acting on their behalf and state's attorneys can file motions to vacate for cannabis offenses up to 500 grams. Approximately 34,000 records are eligible for expungement under this process. Cannabis sales tax revenue will generate funding for programs to help individuals expunge these records.

Local law enforcement agencies and ISP will automatically expunge arrest records that did not result in a conviction up to 30 grams. This applies to arrests for possession, manufacture, delivery, and possession with intent to deliver. The arrests may not be associated with another arrest for a violent offense. Approximately 572,000 arrest records are eligible for expungement.

Agencies are to expunge these records according to the following statutory timeline:

On Wednesday, January 1, the first phase of adult-use cannabis market opens. Entrepreneurs can enter the next phase of the adult-use market by applying for a license now through Thursday, January 2. An additional 75 dispensary licenses are available, and social equity applicants are encouraged to apply here: http://bit.ly/CannabisIL.

As part of the state's focus on equity, one fourth of cannabis revenues will support the Restore, Reinvest and Renew (R3) program, which aims to address the impact of economic disinvestment, violence and the historical overuse of the criminal justice system.