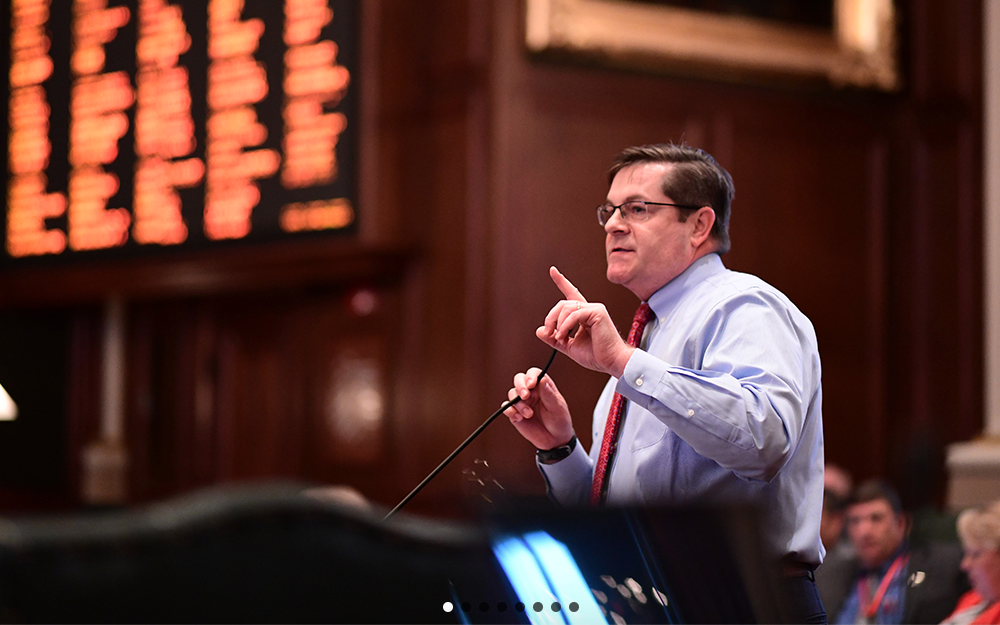 The Joint Commission on Ethics and Lobbying Reform heard testimony on Thursday about how to end political corruption in Illinois.

House Rep. Grant Wehrli (R-Naperville) said that many lawmakers believe there can be no real ethics reform until the legislature looks at campaign finance disclosures, which is not something the joint commission does. As a member of the minority party, Wehri said he has always been a vocal critic of the current process in Springfield.

"And because of that, what's happened is that I have bills that don’t go anywhere," Wehrli said. "There is an abuse of the process here to silence those who dissent and have the integrity to call out what’s going on here. I take that as a form of bullying."

Illinois state Sen. John Curran (R-Woodridge) argued that two longtime Democratic lawmakers who were recently charged as the result of separate federal corruption probes were the product of a broken system rather than aberrations or exceptions to the rule.

"They operated here for a long time and moved up into positions of authority over particular areas," Curran said, referring to former state Sen. Martin Sandoval (D-Chicago) and former state Rep. Luis Arroyo (D-Chicago), both now resigned. "All that occurred a long time without any of our current laws in place uncovering the behavior. It took another agency to discover that.

"We need to bring more transparency to the entire process," Curran continued. "In my service at the local level, it appeared to be more transparent. Things were posted earlier and people were given plenty of time to review before any final actions. There was a lot less opportunity for someone to slip something in."

"The way we pass laws in this state, [it's not transparent]," said Marie Dillon of the Better Government Association. "Much of it is done at the last minute and not a lot of time for people to read and weigh in."

Nicholas Birdsong, a policy expert with the National Conference of State Legislatures, said that no states have a general prohibition on legislators holding outside jobs and that he was not able to find any state that explicitly restricts the ability of state lawmakers to act as lobbyists for local government.

"A few are broad and could mean that, but none explicitly state it," Birdsong said. "Ethics commissions vary a lot from state to state."