Breen: Pritzker 'tone deaf' when it comes to knowing what residents want and need 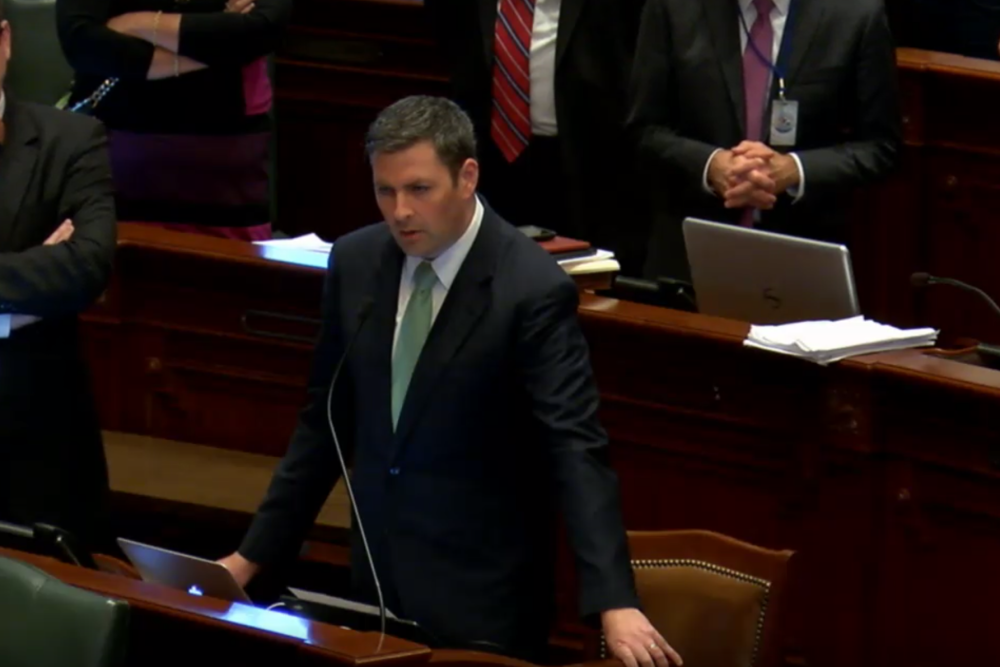 Former Illinois House member Peter Breen (R-Lombard) marvels at what he sees as the total ineptness of Gov. J.B. Pritzker.

“Gov. Pritzker has been blessed with more money in taxes coming into his government than other governor and yet he still can’t balance the budget without hiking taxes on Illinoisans,” Breen told the Prarie State Wire in the wake of Pritzker recently delivering his $42 billion budget address. “This is a failure in leadership and is entirely tone deaf in terms of what the people of Illinois need and want from their state.”

In some ways, Breen, now running against incumbent state Rep. Terra Costa-Howard (D-Glen Ellyn) in the 48th District, feels the governor’s problems stem from his inability to get out of his own way, especially when it comes to his insistence on his long backed progressive income tax proposal. While the governor has long maintained the tax will only mean higher rates for the state’s wealthiest residents, Breen doesn’t see how that can be.

“Over and over, we’ve heard from Democratic politicians that taxes have to go up and J.B. Pritzker isn’t offering any other solutions to the long-term fiscal crisis,” he said. “The rich have options and it won’t be long before this is yet another tax on the backs of the middle-class.”

Breen said the fact that progressive tax systems in other states have fallen far short of what was predicted for them should serve as a warning to Illinois lawmakers.

In California, expected revenues from the tax were nearly cut in half after wealthy residents bolted en masse, while Connecticut residents have suffered through a steady stream of rising income- and property-tax rates that have cost the state more than $10 billion and 360,000 jobs.

“The people of Illinois just want to see their government finally live within its means and give them a chance to do well for themselves,” Breen added.